SouthSideWorks cinema will play "The Interview" on Christmas Day | Blogh

SouthSideWorks cinema will play "The Interview" on Christmas Day

Photo courtesy of Sony
SouthSideWorks cinema, owned and operated by Cleveland Cinemas, got the go-ahead from Sony today to release Seth Rogen and James Franco's The Interview on Christmas day.

"The studio is the one that had originally pulled it from release before we had ever come to a decision," says David Huffman, director of marketing for Cleveland Cinemas.  "Now that they are allowing us to open it again, we are back to our original plan."

Sony pulled the film — in which actors Rogen and Franco are tasked with assassinating North Korean dictator Kim Jong-un — after Sony was hacked and theaters dropped the film because of threats.

According to a Cleveland Cinemas press release, the independent cinema company had been strongly advocating for Sony to reverse their decision.

“We are happy that Sony has decided to release The Interview,” said Jonathan Forman, president of Cleveland Cinemas, in the press release. “Freedom of speech and artistic expression are core values to America and our company has never been one to shy away from a film due to its content. To not allow audiences access to this film would not have been right.”

Show times are not on the SouthSideWorks cinema website yet, but the company says tickets and times will be available by Dec. 23 at 3 p.m. on www.sswcinema.com. 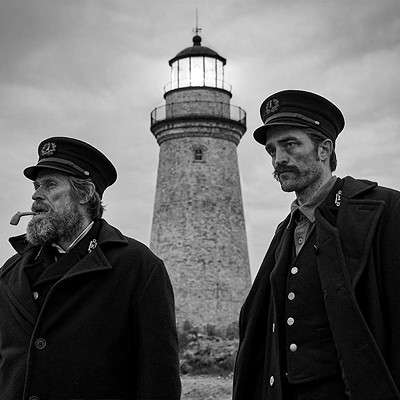