A protest to demand justice for Leon Ford is planned for 6 p.m. on Friday at the intersection of Penn and Highland avenues in East Liberty.

Ford was shot by Zone 5 police officers during a traffic stop in Highland Park in 2011.  In September, he was acquitted on charges of aggravated assault, but the jury hung on other charges, including resisting arrest.

"We’re sticking with the message from Ferguson, and we’re trying to hold cops accountable for police brutality, and when police violence does happen that police are not excused from the law," says Davon Magwood, local comedian who helped organize the protest.

On a local level, organizers are specifically demanding that Zone 5 Police Officer David Derbish, who climbed inside Ford's car on the passenger's side during the traffic stop and eventually fired shots that left Ford paralyzed, be put on desk duty. 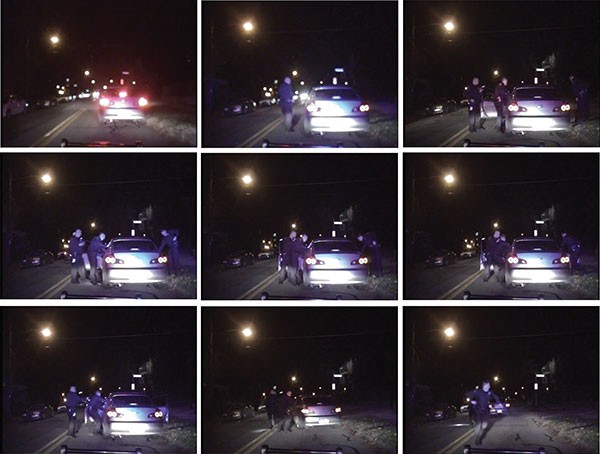 These nine still photos were taken from the police-cruiser dashboard camera the night officers stopped 19-year-old Leon Ford. The routine traffic stop resulted in Ford being shot four times in the chest by city officers.

"We’re demanding that Officer Derbish is desked," Magwood says. "They moved him from Zone 5, but he’s still out there with a gun. We’re not asking for him to be fired, but it would be cool to get him off the street and on desk duty. We feel like that’s something that’s agreeable, and it’s amazing that they just keep moving these cops."

Organizers said they've received more than 200 RSVPs on their Facebook page for the event and are encouraging use of the hashtags #Justice4Leon, #DeskDerbish (referring to the officer who shot Ford during the traffic stop), and #DangerZone5 on social media.

"We’re not anti-police," Magwood says. "I think people are confused and think that because we’re protesting police brutality and bad tactics that they think we’re anti-police. Bad police make good cops' jobs harder. Everyone should want to find a solution where bad cops are punished."