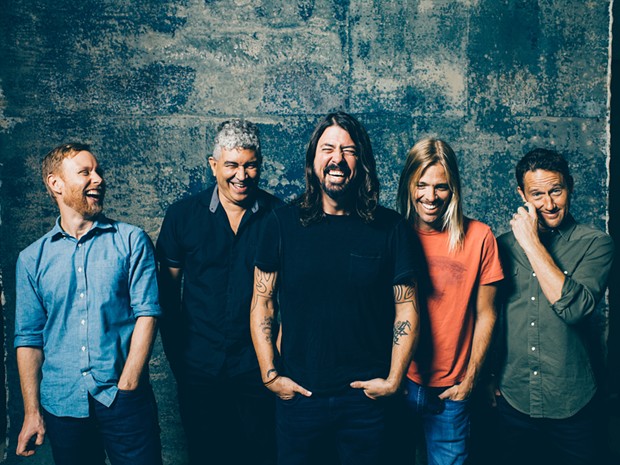 Tuesday afternoon is when I usually fill you in on some new concerts that have been announced recently, but alas, I was off exploring the Pennsylvania countryside in the snow yesterday, so a little catch-up is in order.

The biggest concert announcement of the past few days: Foo Fighters, coming to First Niagara Pavilion Aug. 25, 2015. The opener for that part of the tour will be Royal Blood, who play Altar Bar on Dec. 3, if you wanna get a taste of that early.

Dweezil Zappa will be in town with his Zappa Plays Zappa show Sun., April 5, at Carnegie Library Music Hall of Homestead; tickets (ranging from $22.50 up to $69.50) go on sale this Friday.