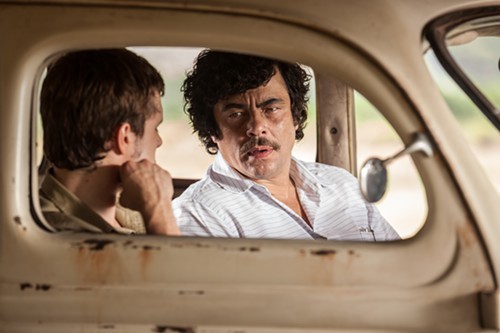 The Three Rivers Film Festival runs through Sat., Nov. 22. We haven’t seen these films but here are some playing over the next week that look like interesting picks. For the complete schedule and more info, see www.3rff.com.

To see reviews of films CP did preview, see here.

The Kingdom of Dreams and Madness. This doc takes viewers inside Studio Ghibli, the Japanese animation studio that produced Spirited Away and Princess Mononoke, among others. 2 p.m. Sun., Nov. 16 (Harris) and 7:30 p.m. Tue., Nov. 18 (Melwood)

The Tribe. A group of Ukraine students at a Kiev boarding school turn to petty crime. This "silent" film is performed exclusively in sign language. 8 p.m. Sun., Nov. 16. Regent Square