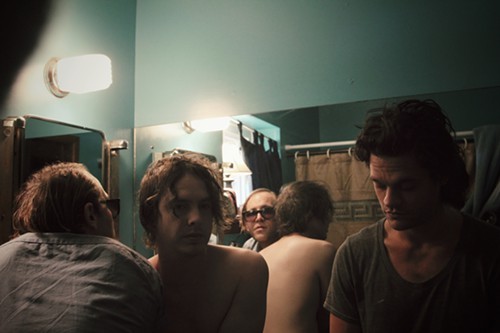 Broncho, the Oklahoma-based garage-punk band that rocketed to popularity after its 2011 release Can't Get Past the Lips (re-issued last year) has returned with a new full-length, Just Enough Hip to Be a Woman, and plays Thunderbird Cafe tonight.

The band has built a reputation on being equal parts catchy and snotty, without going overboard on either. There's just enough innuendo to force a smile — or an uncomfortable shift in your seat, depending — and it's all tempered by crunchy guitars and a weird naivete that brings to mind Jonathan Richman at times.

Listen to the first single off the new record, "Class Historian," below, and click through to the band's SoundCloud page to listen to the rest of the album. Show starts at 9:00; Butterbirds open. $12.