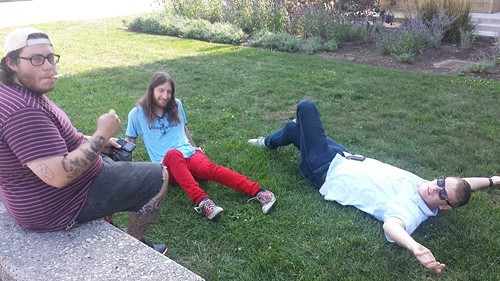 It's late, but it's still Monday - a holiday Monday, even - and we've got a special MP3 Monday for you: A new track from a yet-to-be-released album from The Lampshades. The band, originally from Altoona, released its most recent EP last year, but hasn't had a new full-length since 2008. The new album, Numbskull Nothinghead, comes out on CD and tapenext month, and the band has a release show scheduled at Gooski's on October 11. This MP3 Monday is an exclusive premiere of the album's first public track, "Bored." Stream or download below!

To download, right-click here and choose "save link as"

City ignores, then rejects CPRB recommendation to fire officer who was found to have violated police policies

Peduto goes outside of the department to hire new police chief

Speaking of The Lampshades , FFW>>