The Moth at the Byham | Blogh

The Moth at the Byham

At last night’s big annual The Moth Mainstage show, writer Dan Kennedy quipped that hosting the series had actually expanded his emotional range; as a suburban Southern California youth, he said, he’d grown up stuck entirely between “That’s awesome, dude” and “Dude, that kind of sucks.” 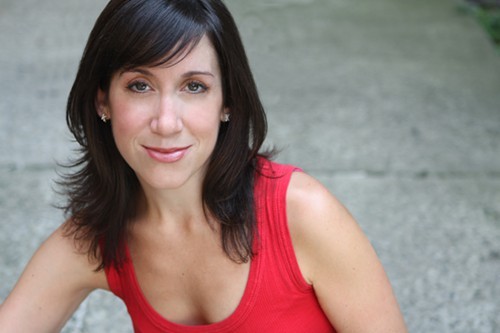 Making us feel something is a goal of any good art. But the directness of The Moth’s approach is particularly disarming, and effective. As listeners of the radio show or podcast — or attendees at Pittsburgh’s monthly Moth StorySLAMs — know, the idea is simply people telling true stories on stage, without notes. At its best, it feels nearly as informal as listening to a friend over drinks (even if most of those friends, as was the case last night, are professional performers).

Last night’s sold-out show (the sixth annual Moth spectacular here, co-presented by Pittsburgh Arts & Lectures) traversed as much emotional geography as any. The theme was “Don’t Look Back.”

Cole Kazdin, an Allderdice grad who’s now an Emmy-winning TV-news producer in Los Angeles, recalled that period in her life when a bizarre cheerleading accident left her with a massive concussion and both short- and long-term amnesia. (Technically, it was a “cheerleading” accident: She was playing a cheerleader in a film spoof and was thrown in the air, but not caught.) Kazdin skillfully tread the line between the terror of forgetting everything about yourself and the humor inherent therein — all mitigated, it should be said, by the fact that we knew she’d fully recovered. Best detail: The pile of sticky notes she left by her bed, each with a fact about herself she’d written down (“You are a vegetarian”) in hopes of reconstructing her memory: “It still wasn’t me. It was just information filling an empty space.”

Stand-up comedian Horace H.B. Saunders recounted his courtship of his wife, their wayward marriage, divorce and attempts to reconcile; there was some intriguing emotional terrain in the tension between his comic skills and his romantic sincerity.

The headliner was Richard Price, the novelist and screenwriter who brought us Clockers and The Color of Money. His story, though framed in a personal narrative, was mostly a crazy picaresque starring his immigrant grandfather during his youth in the rough-and-tumble Lower East Side of the 1910s, with Jewish gangs, the Merchant Marines, a hidden gun, and a crucifix tattoo mysteriously acquired in Algeria.

The evening’s most powerful stories, however, might have been the two about mothers dying of cancer.

Pittsburgh-based performance artist and sculptor Vanessa German recounted the recent death of her mother, at one point bringing up short an audience primed to laugh when a seemingly charming anecdote about her childhood suddenly turned harrowing. And Brooklyn-based performer Kate Tellers, who grew up in the Pittsburgh area and graduated from Carnegie Mellon, blended humor and heartbreak beautifully in telling about her mother’s death at home, among friends.

It might be German’s kicker, though, that best served as the evening’s keynote: how her mother’s death provided an epiphany not only about German's fraught relationship with the woman who bore her, but also one about what death itself means.

For more Moth, check out the monthly StorySLAMs, at the Rex Theater, featuring stories from audience members whose names are drawn from a hat, telling five-minute stories on a theme. The next show is Sept. 2 (“Rivalry”), followed by Oct. 7 (“Hunger”) and Nov. 4 (“Last Minute”).