No sign of cooperation in sight on Friendship AutoZone development | Blogh

No sign of cooperation in sight on Friendship AutoZone development 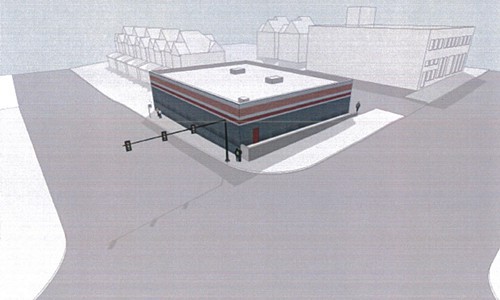 East End neighborhood groups are preparing for a potential legal battle against a developer who plans to build an AutoZone store at Penn and Negley Avenues — claiming the developer has refused to meet with residents.

"The onus was on the developer to contact the community," says Rick Swartz, executive director of the Bloomfield-Garfield Corporation. "We're marshaling community opposition."

The development is proposed by Lawrence Gumberg and LG Realty Advisors, which bought the property in 2012. LG Realty's plans call for a 6,787-square-foot store with 16 parking spaces — a proposal which the city planning department says will require five variances that can be granted by the Zoning Board of Adjustment. 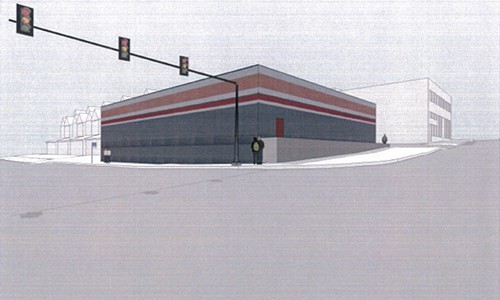 So far, neighborhood opposition has taken the form of flyers that show the above-pictured rendering of what the site could look like and note the "vibrant, small-scale welcoming commercial district" at Penn and Negley Aves. would be marred by "a proposed big-box AutoZone store." (On Thursday, BGC handed out popsicles in exchange for taking a flyer).

The flyers also ask residents to support an Indiegogo campaign that would help fund a study of how the development would affect potential loading and traffic issues as well as legal fees in the event that the neighborhood groups appeal a decision from the Zoning Board of Adjustment.

The Zoning Board postponed a June 5 hearing precisely because community groups complained there had been no opportunity to hold community meetings — and none have yet been scheduled, according to Swartz.

Neither Gumberg nor his attorney returned calls seeking comment.

"We're going to prepare our case against it until we hear from them further," Swartz says.

And that's not the only dispute on that prominent corner making its way through the Zoning Board process. Across the street, Monroe Muffler is seeking a variance to allow the storage of "construction materials" on an adjacent lot, according to the planning department. The Zoning Board's decision on that variance is expected soon.

A different looking Say Anything appease a sold-out Mr. Small's

A Conversation with Roy Wood Jr.