While the environmental risks of fracking are more in the news lately, coal still supplies nearly 40 percent of the nation’s electricity, and mining it continues to pollute the land and endanger the health of coal-country residents. 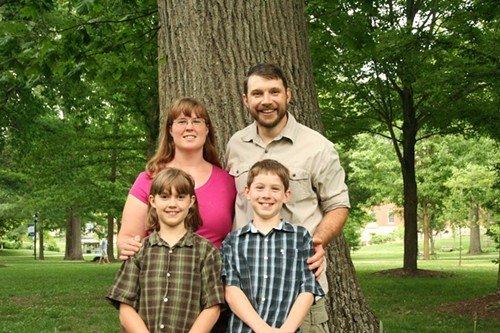 Nick Mullins, a former fourth-generation underground coal-miner from Georges Fork, Va., brings his spring Breaking Clean Tour of the eastern U.S. to town when he speaks tonight at the First Unitarian Church, in Shadyside.

Mullins writes the blog The Thoughtful Coal Miner, which honors his coal-mining heritage while exploring how to move beyond it in pursuit of social justice.

On their 13-state tour, Mullins, his wife, Rustina, and their two young children are sharing their experiences living in the heart of coal country.

Mullins is critical of practices such as mountaintop-removal coal-mining, a form of strip-mining that blows as much as several hundred feet off the top of a given mountain to get at the coal beneath — then typically dumps the debris into a nearby valley, burying the stream there. The practice has turned forested mountains into flattened wastelands, and degraded more than 1,000 miles of streams in Appalachia.

“We were raised knowing the coal companies were only around to make a profit, not to make the lives of Appalachian people better,” he writes on the Breaking Clean website. “Today, this fact is as true as ever, so I left the mines to do what I can to save Appalachia for future generations and to give my kids a fighting chance at a better life.”

The First Unitarian Church is located at 605 Morewood Ave., Shadyside. The talk is at 7:30 p.m. tonight.