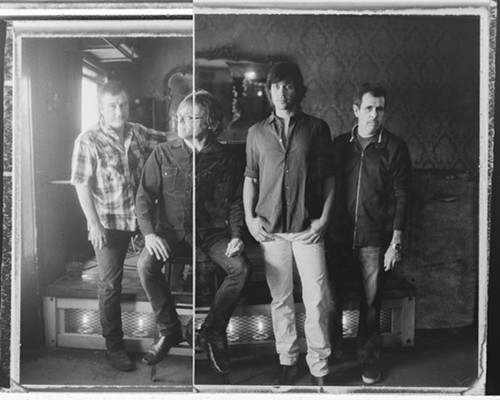 Old 97's are back in the saddle again, and they will ride into Mr. Small's tonight.

The alt-country band led by Rhett Miller has been around since the early '90s. With the release of Most Messed Up, their latest album, Old 97's have released 10 studio album and a handful of EPs since their formation 20 years ago.

On Most Messed Up, released in April, the band continues to tread the line between alt-country and rock. Miller and company continue to remain relevant, charting as high as no. 30 on the Billboard 200 chart. The album is upbeat, rocking a little more and sounding a little more rockabilly. With their sound, Lucero meets My Morning Jacket, Old 97's have found their niche and continue to make their own blend of alt-country: a Southern twang bass with a hint of indie rock.