If you're driving through East Liberty, Garfield, Bloomfield or anywhere else in Pittsburgh police Zone 5, officers are more justified in asking you to get out of your car and searching you for a gun than they would be in the city's safer neighborhoods.

That seems to be the crux of a motion filed this week by prosecutors who are arguing that during a routine traffic stop in Highland Park, police officers had reasonable suspicion to think the 19-year-old they pulled over had a gun partly because the stop took place in a "high-crime area" and in a "community [that] has a history of inhabitants who react violently to officers."

It's a strategy legal experts say is designed to get the jury to think more about the potential danger of the neighborhood than the facts of the incident itself, though the district attorney's office counters the statistics are relevant in understanding police policy.

The case involves Leon Ford Jr., shot and paralyzed from the waist down by Pittsburgh officer David Derbish, who claims he saw a bulge in Ford's pants that he thought might be a gun during the 2012 traffic stop. No gun was ever found.

There is some mystery in how the traffic stop was handled: officers Michael Kosko and Andrew Miller (who initiated the stop) doubted Ford's identity and ran his name only as "L. Ford"; none of the officers had working microphones; and Derbish jumped into the passenger side of Ford's car, despite bureau policy to the contrary.

The incident escalated after Ford was ordered to get out of the car because the officers thought he had a gun, Derbish testified at a preliminary hearing. In the midst of a struggle to get Ford out of the car, Derbish jumped into the passenger side of Ford's silver Infiniti while Miller tried to wrestle him out of the driver's side. Shortly thereafter, the car lurched forward and Derbish shot Ford several times, video footage of the incident shows. Ford was later charged with aggravated assault, escape, recklessly endangering another person, resisting arrest and two minor traffic offenses.

Ford's family has since brought a federal civil rights lawsuit against the city and held several protests claiming the police systematically violate their own policies.

The prosecutors' motion tries to preempt claims that the officer's actions were unwarranted: "Should defense counsel seek to put in question the reasonableness of the police officers' actions," prosecutors wrote, "the Commonwealth would seek to introduce evidence of the numerous arrests for crimes involving firearms made in the vicinity of the encounter to explain why it was necessary to remove [Ford] from his vehicle to conduct a search for officer safety."

And while Duquesne law professor Wesley Oliver says Ford is facing an uphill battle against his criminal charges, there isn't much support for the prosecutor's argument that crime statistics are relevant, especially since the bulge in itself would have given officers the right to search Ford for a gun.

"The police can order you out of a car — that’s well established law," Oliver says, noting Ford likely has little justification for speeding off. But, he adds, "I don’t believe that it’s relevant that a person happens to be driving through an area that has had a higher crime rate than another area. And so far, no case in Pennsylvania has said that there’s a different standard when the only thing the officers know is that it’s a high-crime area."

If officers did see a bulge in Ford's pants, the fact that the stop occurred in a high-crime neighborhood is irrelevant, says Oliver; the police would already have cause to search Ford. But, he contends, if the officers didn't see a bulge, crime statistics alone can't justify a search.

What's more, the only case cited in the prosecutor's motion to admit the crime statistics as evidence — Commonwealth v. Powell — doesn't address whether a search for weapons can be influenced merely by driving through a high-crime neighborhood.

"Powell dealt with specific facts where two men were sleeping in a car in a high-crime area and the driver had already been found with a weapon," Oliver says. "The commonwealth’s argument that there ought to be a different frisk standard in high-crime areas and low-crime areas may make some sense — but they cited no authority for such a proposition."

So why did the District Attorney's office go out of its way to introduce evidence that it probably doesn't need?

University of Pittsburgh law professor David Harris sees a more strategic motive — one that was deployed in the Jordan Miles case.

Prosecutors are trying to get the jury "to think in terms of the neighborhood, not the situation the officers were facing,” Harris surmises. "They’re seeking strategic advantage, not legal justification."

But, he warns, prosecutors should be careful not to take the argument too far: "You don’t want to get into the situation where everyone in Zone 5 is fair game." 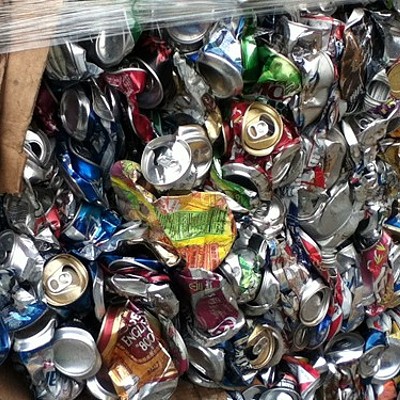