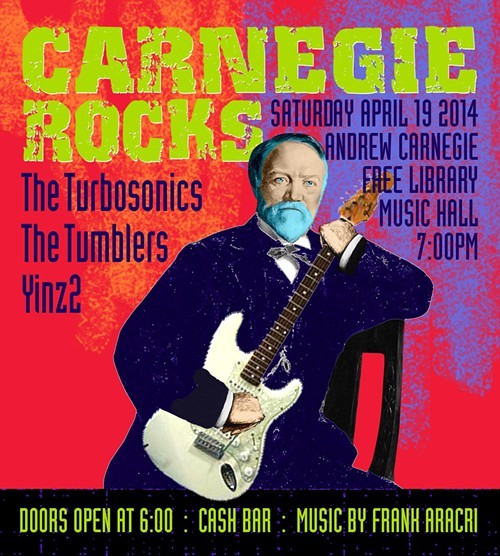 John Luke has been a member of Andrew Carnegie Free Library & Music Hall's Board of Trustees since 2013 and he's also the lead singer of the local U2 tribute band Yinz2, which will be performing this weekend at Carnegie Rocks. Luke wants to show the ACFL & MH's facility off to a rock audience since the music hall is usually shown off to fans of classical music. Other performers at this concert include The Tumblers, which includes local musicians Dan Sweeney and Bill Riley. The headliners for the show are the surf-rock band The Turbosonics. The event will close out with a performance by guitarist Frank Aracri.