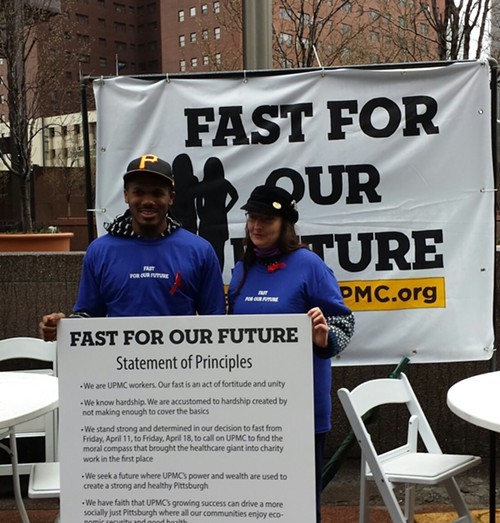 There are lots of things that Chaney Lewis could be doing while he’s on vacation from his job at UPMC, where he works in patient transport. But he won’t be taking a trip, or even just vegging out on the couch.

Instead he’ll be publicly fasting to draw attention to the plight of workers seeking to unionize at UPMC.

“I’m very dedicated to the purpose of making life better for my fellow workers and making UPMC go back to its charitable ways,” Lewis says. “Even if it means sacrificing a week of my vacation.

“I think it’s the right time to so this. The workers work so hard everyday to make UPMC one of the top hospitals in the nation and … we don’t make enough to make ends meet.”

Non-medical workers at UPMC have been pushing for a union under the banner of SEIU since 2012. The battle has been contentious at times including claims of worker intimidation that resulted in charges of unfair labor practices being filed against UPMC by the National Labor Relations Board, and claims by UPMC that it is merely a holding company without employees. A hearing in the case started in February and the union and the NLRB are even taking UPMC to federal court on April 29 to enforce a subpoena that the company says it will not honor. The company was also the target of a series of protests in march that saw the arrest of several faith leaders who blocked the door to UPMC headquarters and one that saw crowds of more than 2,000 flood Grant Street in protest.

The fast began at about 12:30 today and will feature a core group of about 15 workers fasting until Good Friday, April 18. Other workers, union officials say, will fast throughout the week as their schedules allow. The workers will fast during the day in tents set up on Grant Street in front of UPMC headquarters where there will be information tables. At night they will stay at a nearby church.

“I’m also fasting to embody the hardship of the workers of UPMC,” Hughes said. “By fasting, we’re putting those hardships into a physical form that no one can ignore.

“We’re also calling out to the conscious of UPMC to make them aware … that we want to work with them and not for them."

Rev. Phillip Battle, of the New Light Temple Baptist Church, said that during this action it’s important to remember that some people fasting, which many do this time of year for religious reasons, is a choice they have to make on a daily basis.

“I might bring to your attention those who fast involuntarily every day because they don’t have sufficient wages,” Battle told the crowd of about 40. “They choose to fast so their children can have a decent meal. They miss a meal so they can purchase a bus pass to come and work at a place that isn’t paying them enough to feed their children.

“This act of fasting is symbolic for those that miss meals and fast on a daily basis. They are the ones that are overlooked and sit on the fringes of society and have a desire to work but the workplace doesn’t have a desire to compensate them for that work.” 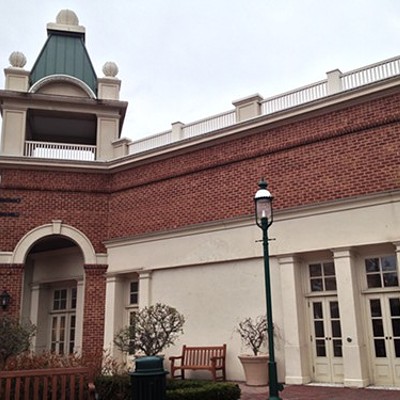 UPMC claims Pa. has a "less deadly" COVID-19 strain, but it’s not supported by research

By Hannah Lynn and Ryan Deto