Jordan Miles' mother says son is 'not quite his old self' 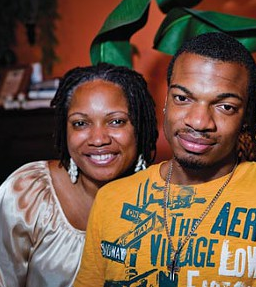 As a packed courtroom waited for Jordan Miles to take the stand this morning on the sixth day of testimony of his civil trial against three police officers, Miles' mother Terez Miles testified about her experience on the night of the incident in January 2010 and the years since.

"He went through a period of a few weeks where he didn't want to eat anything," said Terez Miles of her son's behavior in the weeks following the incident. "He seemed to be very embarrassed about his appearance."

Jordan Miles maintains he was excessively assaulted and unfairly arrested by police officers Michael Saldutte, David Sisak and Richard Ewing while walking home to his grandmother's house. Miles says the officers never identified themselves. The officers say they saw Jordan Miles acting suspiciously, approached him to investigate, and identified themselves as police before he ran from them. They claim they got physical with Miles when they suspected he had a gun. No gun was ever recovered and the criminal charges against Miles were dismissed

On the night of the incident Terez Miles said her son arrived at her home around 8 or 9 pm to play video games with his brother. She said he left around 11 to return to his grandmother's house where he lived.

That was the last time Terez Miles saw her son before picking him up from jail the following evening. At first, she said, she didn't even recognize him.

Prior to taking him to the hospital, Terez Miles stopped to buy a disposable camera, which would later be used to take pictures of her son's injuries. Terez Miles said these injuries continue to bother her son today.

"He's not quite his old self," she said. "He still complains about about some parts of his body that still ache."