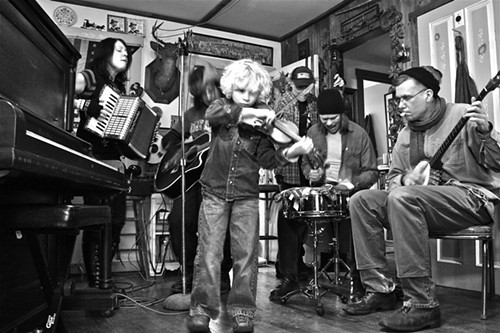 Philly-based folky rock band Marah has an interesting concept behind its new album, Marah Presents: Mountain Minstrelsy of Pennsylvania. The band discovered the book Mountain Minstrelsy of Pennsylvania, by Henry Shoemaker, and inside the book were some fragmented song lyrics that caught band members David Bielanko and Christine Smith's eyes. The band decided to make an album centered around the book. They created original music while also using some of the fragmented song lyrics from the book.

This Saturday, March 8th, Marah plays at the Kollar Club, on the South Side. (3226 Jane St.) Doors are at 7 p.m.; tickets are $17 in advance or $20 at the door. Marah Presents Mountain Minstrely of Pennsylvania is available now.