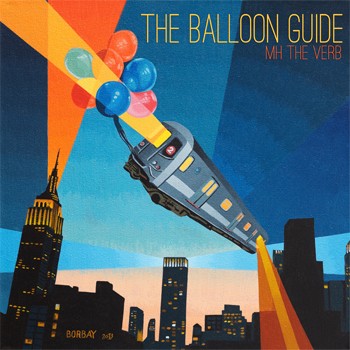 Rapper MH The Verb — who was based in Pittsburgh during his college days, and was hip-hop director at WPTS-FM — last week released a new album, The Balloon Guide. He has a style that's similar to Lupe Fiasco and has a good delivery. The Pitt grad, who now lives in New York City, has played with the likes of Kid Cudi, The Roots and fellow Pittsburgher Wiz Khalifa. A standout track on the new album is "Melly's Walls" which features K. Renee & Max Swan. The album is available for purchase on iTunes and you can also stream it on Spotify. Check out some tunes on his SoundCloud page here.