The acclaimed short-story writer gave a fine a very funny talk at a sold-out Carnegie Music Hall. He spent most of this Pittsburgh Arts & Lectures event demystifying the writing process in fairly candid terms. 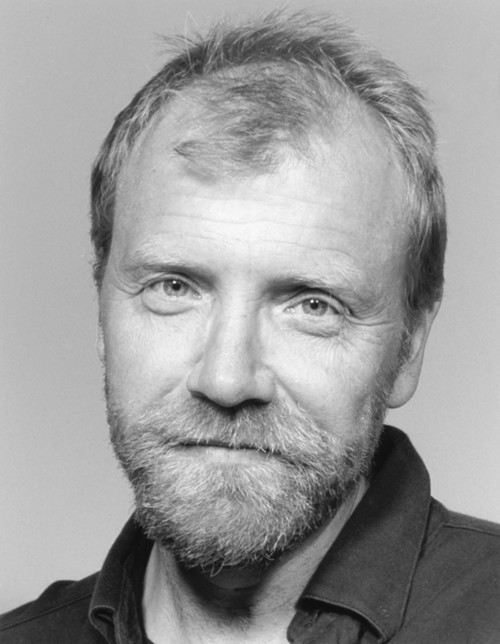 Largely his point was about trusting the material, not forcing an agenda on a story, and being willing to revise — for years if necessary.

And he added that, as a lapsed Catholic, he gets editing help from "my inner nun, Sister Mary Loathing."

By the numbers, this all meant, for instance, that “The Semplica-Girl Diaries,” a key story in his latest collection, The Tenth of December, took him 14 years to write, with as many pages of deletions as of finished story. Saunders said he is usually is working on several stories at a time, and completes them at what some might view as an agonizingly slow rate: “I’m a two-story-a-year writer.”

He seldom gives up on a story, however, he said.

Saunders (visiting Pittsburgh for the first time in seven years), also recounted his long and winding journey as a writer, one that was about ceasing his attempts to be Hemingway or Kerouac, and less about finding than accepting his own voice.

On that matter, here’s an excerpt the phone interview I did with Saunders for last week’s CP, but which didn’t wind up in the preview article. I had asked Saunders about his frequent use of fantasy and science-fiction elements in his stories, something some readers (and perhaps even writers) still consider a bit declasse.

"I was kinda from a working-class background, so art was this spotless temple I was afraid
to go into. I really wanted to go in but I was a little bit self-conscious. So for many years,
I kept it out too. I kept out humor, and I kept out sci-fi or genre elements — and it worked
out for me, I really didn’t have anything else going on.

There was one kind of pivotal moment right before I started my first book. The scales kinda
dropped from my eyes, and I thought, “Maybe if you don’t use what’s really natural to you,
then you don’t have anything to use. It’s like if you’re trying to get someone to fall in love
with you and you didn’t want to be yourself, ever.

My childhood was mostly the TV. I was a big reader, but I read kinda sports books. Not so
much sci-fi, but books about World War II, boys’ books, stuff like that. But I watched a lot of TV.
And I really love pop culture. I don’t even think of it as love, I just thought of it as the world.

Then when I got to the place where I was really trying to get my writing to have a little more
oomph, I thought, I need to drop these walls and let a lot of that crap in."

Finally, lest the National Book Award-nominated Tenth of December hog all the attention, here from the archives is my review of his great 2006 collection In Persuasion Nation.