Keith Rothfus took a vote that would have destroyed the country, but it's kinda hard to tell | Blogh

Keith Rothfus took a vote that would have destroyed the country, but it's kinda hard to tell

Late last night, local Tea Party Republican Keith Rothfus cast a vote against the bill that ended the shutdown of the federal government, and that avoided a potentially cataclysmic default on government debt. That vote was so reckless that even several other Pennsylvania Republicans -- like Erie's Mike Kelly, Hazelton's Lou Barletta, and our very own Tim Murphy -- voted the other way. (Naturally, Rothfus had an ally in Senator Pat Toomey, another Tea Party heartthrob.)

But the real mystery isn't why Rothfus would cast such a vote. This is the same guy who opposed helping out victims of Hurricane Sandy, after all: Human suffering barely seems to make a dent in his ideology. The real question is ... how come media reports make him seem so reasonable?

For example, if you were settling down to watch KDKA's dinnertime news, you would have seen this report from Jon Delano, which gave every indication that Rothfus would vote to end the shutdown in a few hours. We see Rothfus about two minutes in:

Delano (voiceover): Even Republican Keith Rothfus -- who sent this letter to House speaker Boehner last August, urging him to link a government shutdown to defunding Obamacare -- is ready to end the crisis.

Delano: ... Is it time for the shutdown to end?

Rothfus: You know, it is time for the shutdown to end. And it's time for people to come to the table and discuss our differences and resolve the problems.

Delano (voiceover): And his colleague, Republican Mike Kelly, defends the shutdown, although he too will vote to end it.

Delano's report aired for the evening news -- four hours before Rothfus would cast his vote. But as it turned out, Rothfus didn't vote to end the shutdown, later explaining that he was "disappointed" that Democrats "refused to negotiate." Elected officials, he added, "must come together and negotiate before the 11th hour."

Of course, what Rothfus doesn't say is that the reason we were at "the 11th hour" was because Republicans advanced the clock hands. The whole point here, and the reason the Democrats weren't willing to "negotiate," was that Republicans decided to hold the federal budget, and eventually the financial solvency of the United States, hostage in an effort to kill Barack Obama's healthcare reforms. Rothfus and Co. decided to shut down the government, and risk a global economic crisis, simply because they disagree with a law they couldn't topple any other way. That's not a negotiation, it's a ransom demand.

Delano's evening news dispatch aired four hours before Rothfus actually cast his vote, and in his 11 p.m. follow-up report, Delano prefaced his story by noting, "Keith Rothfus voted no, along with Senator Pat Toomey." But since Delano's late report recycles material from his earlier dispatch, the story also repeats the assertion that Rothfus and other local Republicans "say they will now vote to end it."

Delano's follow-up report gives Rothfus a pass in other ways. "You all look like a bunch of idiots," he tells Rothfus, playing up the everyman rage. Except the "all" here can easily be taken to refer not to Republicans, or to Tea Party acolytes, but to the whole bunch of those crazy, mixed-up politicians in Washington. And sure enough, Rothfus has no trouble pretending this is just some dysfunction endemic to Washington D.C., rather than a plague he helped bring upon it.

"I share the frustration," says Rothfus. "I've been here 10 months now, I came out of the private sector where I negotiated contracts." The idea, I guess, is that Rothfus is just some honest businessman who didn't realize how the political game was played. The truth is that he and his Tea Party cohorts have been tearing up the rulebook.

I'm not actually trying to single out Delano, who I like and respect. He's getting so much attention here partly because he did so much reporting in those final hours. (As far as I can tell, neither of the other two TV news outfits bothered to chase down local Congresspeople at all.) And I certainly don't think Delano is a Republican apologist. He does, after all, let Democrats call out the GOP's tactic: His second report opens with Democrat Mike Doyle faulting Republican disarray, and features Senator Bob Casey asserting, "This is a Tea Party takeover of the Republican Party, which led to a Tea Party shutdown."

Plus, you have to cut reporters some slack when they are trying to assemble a report on an 11th-hour vote. The roll call on the House vote wasn't available until about 10:40, when I first reported Rothfus' vote on Twitter. Perhaps that's one advantage of waiting until the last minute to avoid thrusting your country into insolvency: You make it hard for reporters to convey the utter idiocy of what you are doing.

Consider, for example, the front-page Post-Gazette's report that landed on my doorstep this morning. The story doesn't mention Rothfus until the 20th paragraph of a 30-paragraph story. And even then, it doesn't disclose how he voted:

The vote was tough for Rep. Keith Rothfus, R-Sewickley, who was still mulling it Wednesday as he waited to be called to the floor. "I have some reservations about it," he said, citing his dismay that it wouldn't delay the health care law's mandate for individuals to buy insurance. He also had hoped for a provision to deny federal subsidies to members of Congress and their aides when they seek coverage.

Not sure I really buy this Hamlet-like portrayal of a Tea Partier wrestling with his conscience just moments before casting a vote. But Rothfus doesn't appear at all in the body of the Tribune-Review's dispatch," though the paper included a "how they voted" box disclosing Rothfus's vote.

Of course, it's not too late to hold Rothfus accountable for his vote. Follow-up stories are likely in the next day or so, and presumably, the Post-Gazette will call him out by name in an editorial denouncing Tea Party tactics. (The Trib editorial page, meanwhile, will probably praise him -- which is arguably an even more damning indictment.) But already we're sighing with relief and getting on with our lives -- or "get[ting] back to business" as Delano himself has tweeted. In those first, critical stories about the end of the crisis -- when people are most likely to be paying attention -- Rothfus has largely dodged accountability for being the lone Pittsburgh-area Congressman to cast a vote that could have blown up the US economy. It's fashionable to denounce American voters for having short memories, but you can't really forget what you never knew.

Of course, it's quite possible that we'll see more shutdown and debt-default threats next year -- the deal struck yesterday has a short shelf-life. And while I don't relish going through this crap again, maybe this has to happen between again between now and November 2014. Otherwise, Rothfus and Co. may never be held responsible at all. 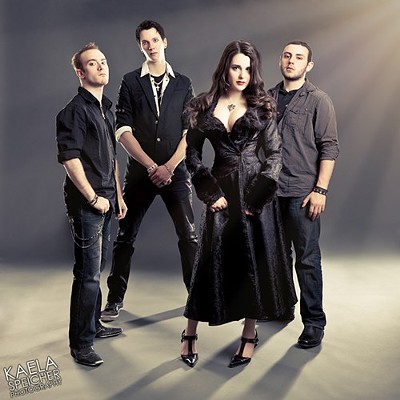