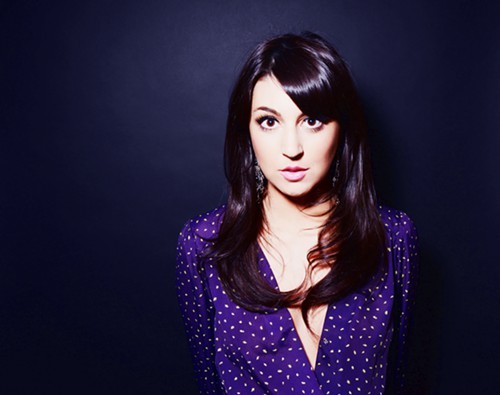 First things first: Charlotte Sometimes is not a Cure tribute act; Charlotte Sometimes is one lady. The New Jersey pop singer released her first record five years ago on Geffen, but really skyrocketed in popularity when she appeared on season two of The Voice. Tonight, she comes to town to play an intimate evening at Garfield Artworks; show starts at 7 and she splits the bill with Caroline Smith, a great singer-songwriter with a big band from Minneapolis. Tanner Walle, Nameless in August and Mike Calli open.

Here's the official video for Charlotte's big tune from a couple years ago, "How I Could Just Kill a Man":