Radio host Bev Smith says, “It’s time for black women to unite.” She wants to see the African-American community take up the fights against racism, sexism and homophobia. To that end, Smith has organized next week's four-day A Challenge to African American Women conference.

On The Bev Smith Show, Pittsburgh-based Smith tells listeners across the country to “stand up, be counted and get involved.” Starting Aug. 28, women from across the country will gather at the Wyndham Grand Pittsburgh Downtown to discuss matters of health, education, employment and spirituality in the African-American community.

The goal is to create a working community plan to present at the Congressional Black Caucus Legislative Conference in September. 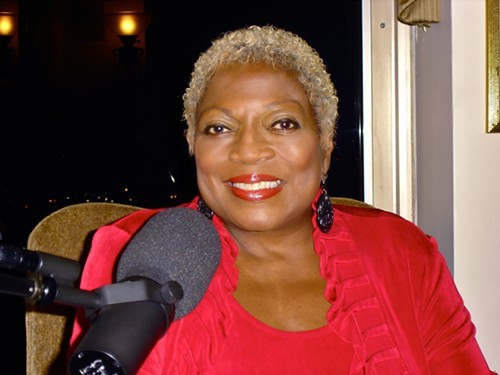 The conference will include several town-hall workshops on topics such as representation in the media, health, violence and finance. There will be a mix-and-mingle party, a marketplace and a commemorative gala. On Saturday, Reverend Dr. Iyanla Vanzant, the host of the OWN show Iyanla: Fix My Life, will give the keynote dinner address.

On Thursday, at lunch, Elaine Richardson will offer her story, a story that echoes Bev Smith’s philosophy and hope for the community.

As a teenage girl, Richardson’s low self-esteem led her down a path lined with abusive relationships, prostitution, short jail stints and drug addition. She decided to turn her life around 26 years ago when she held her newborn daughter for the first time: “I saw my baby and I knew I didn’t want to mess this kid’s life up.”

Six months later, Richardson went back to Cleveland State University, where she earned an undergraduate degree and a master’s degree. She is now a professor of literacy studies at the Ohio State University.

The thing that ultimately healed her, she said, was learning about her background and all of the external social forces that had molded her young adulthood. Growing up, she had been ashamed of being a poor black person and she had been embarrassed of her mother, an immigrant from Jamaica.

Then she learned “why I lived in a ghetto, why I spoke the way I did, why people devalued my body as a young black girl.” She found these answers were rooted in an understanding of why black people came to America: “We were breeders and workers,” she said.

Now she understands much of her pain and insecurities from childhood had grown from misinformation. “When you don’t know who you are, people can tell you anything about yourself,” she says. She writes about her experience in her new book, PHD (Po Ho on Dope) to Ph.D.: How Education Saved My Life.

Until college, Richardson says, everything she had learned in school and society “was about how to get out of your community, not how to rebuild your community.”

Smith grew up in Homewood, and her adolescence was marked by marches and protests of the civil-rights movement. She wistfully speaks of her hometown community at this time: “People were proud. People were concerned about how they lived. Priests were involved. Police were involved. It was a good place to live.”

Smith returned to Pittsburgh in 2001; her current show airs five nights a week on the Empowerment Radio Network. Smith says she iis amazed at how racist this city is, saying, “I don’t think Pittsburghers know how critical this is.” She worries young black people don’t know their history, that they don’t appreciate, as she does, what it’s like to fight for civil rights.

This is the inaugural conference and Smith says it is likely the first of many. Groups across the country are already raising money to host their own Bev Smith conferences. For the Pittsburgh Conference she expects a big turnout, but no matter what, she says, “if we have five women or 500, the movement continues.”

Tickets to the full conference cost $335 per person. The daily rate is $130 per day and single events start at $15. Scholarships for low-income women are available. For more information, visit bevsmithconference.org.