The mayoral race: a black perspective

Like other papers, we get a lot of unsolicited letters to the editor, in which folks unburden themselves on issues of the day. We tend not to run these, largely because they're often sent to other media outlets too, who are able to print them sooner. But this one was too good to pass up.

It comes courtesy of the Rev. Thomas Smith, a minister of the Monumental Baptist Church and a founder of the Western Pennsylvania Black Political Assembly, which was established a decade ago in an effort to put the concerns of black voters on the political agenda. (In some ways, Sala Udin's newfangled Black Political Conventionis a reprise of that effort.) Smith takes a look at each of the four candidates, and to some extent finds them all wanting. AJ Richardson isn't viable, Jack Wagner is too close to unions and other entrenched interests, and while Jake Wheatley's campaign is a "noble undertaking," he has a has too little visibility outside the neighborhoods he represents as a state representative -- and black voters don't get behind a candidate just because he's black. Smith seems sympathetic to Peduto, though he doesn't make an endorsement. In any case, his assessment of the candidates' strengths and weaknesses is worth a look.

The full text of letter below:

Pittsburgh's Next Mayor: A Dilemma for the Black Community

May 21st Pittsburgh will be choosing its next mayor for all practical purposes since the Democratic primary is tantamount to the election given the decades long weakness of the city's Republican Party.

The problem is that the options present a Hobbesian choice, named after the 17th century philosopher Thomas Hobbes, the term 'Hobbesian Choice' is often used in modern parlance to indicate a choice between two extremes, usually equally unacceptable. We'll talk about false riches the Black community is presented with having two African Americans and two non-Black aspirants to the Grant Street throne.

The Western Pennsylvania Black Political Assembly (WPBPA), celebrating ten years of existence this year, has conducted a candidates' forum and numerous community dialogues to offer the African American community an analysis of what is at stake in this important election to determine the city leadership that will take us into the future.

Mr. Richardson enters the race with no name recognition, but his highly visible facial tattoos may remedy that, but he has neither visible organization nor a financial war chest. He further was recently charged with a Dui and according to our collective analysis should not be taken seriously.

Mr. Peduto has an established liberal/progressive track record on city council but his candidacy raises questions as to whether bike trails and racks and green economy jobs which are substantially a projection for the future has the right program and focus to meet the needs of our community. For 79 years some 'type' of Democrat has been mayor of Pittsburgh and what has our community have to show for undying loyalty and support? His future looking prescriptions do offer some hope for change.

Mr. Wagner who has been a city councilman representing the entire city under the old at large system, a state senator, and state auditor general has an impressive track record of public service at two levels of government. However the abrupt exit of the endorsed Democratic candidate for mayor Controller Mike Lamb and the endorsement of the city government's three public employee unions, the FOP, EMS and Operating Engineers hardly inspires confidence in our community which has consistently suffered from a lack of equably distributed services. Further causing concern is the chatter that the retiring Mayor Ravenstahl is supporting him as well as former mayor Sophie Masloff, controller Lamb, and the city council president it strikes us as the establishment uniting to preserve the old order. Wagner often speaks of his past accomplishments but nearly as extensively about his future vision.

Mr. Wheatley is an incumbent state representative and a competent legislator who hails from K. Leroy Irvis' old district dominated by the Hill District. He almost always takes the right position on the issues in our estimation. At the April 20th Pittsburgh Black Political Convention (PBPC), which the Assembly supported, he received 52% of the vote to 33% for Peduto, 12% for Wagner and 3% for Wander the Republican candidate. With 30 days left to the election this noble undertaking is a day late and a dollar short. The issues raised by Wheatley's candidacy are that he is not well known outside his 19th legislative district in other areas of the Black community and given an unsubstantiated ability to raise funds and the roughly one month he has to raise funds and become better known he faces a daunting uphill climb. In short can he win? It is worth noting here that Black people do not vote for African American candidates simply because of their ethnicity; this goes for a President Obama or a Lynn Swann (who Black people did not support because of his policy positions).

What's a Community to Do?

First of all the W. Pa. Black Political Assembly asks that Black voters do as they have always done; consider our community's needs, carefully weigh our choices and cast an informed vote. For too long our community has been ignored or taken for granted. As the largest ethnic group in the city and the largest constituency within the Democratic Party it is long past due that candidates for office pay proper attention to and reward our community according to its importance and its needs. We must note that the Hill District ministers had a candidates' forum and asked those running for mayor and city council to submit written answers to some questions of concern to our community. Only Bill Peduto and Dan Lavelle bothered to answer. What do you make of that?

Make your choice carefully! And by the way, don't tell anyone but the next election for mayor will be May 16, 2017. With this secret information we can get a head start on everyone else for the next time around. 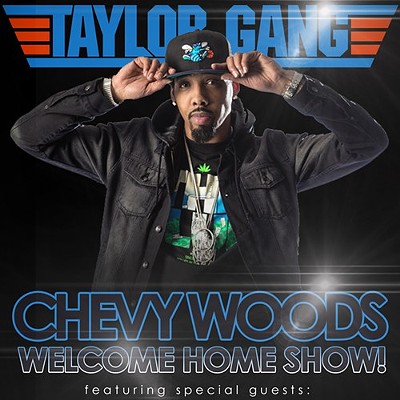