Everything is Terrible at Arcade Comedy Theater | Blogh

Everything is Terrible at Arcade Comedy Theater 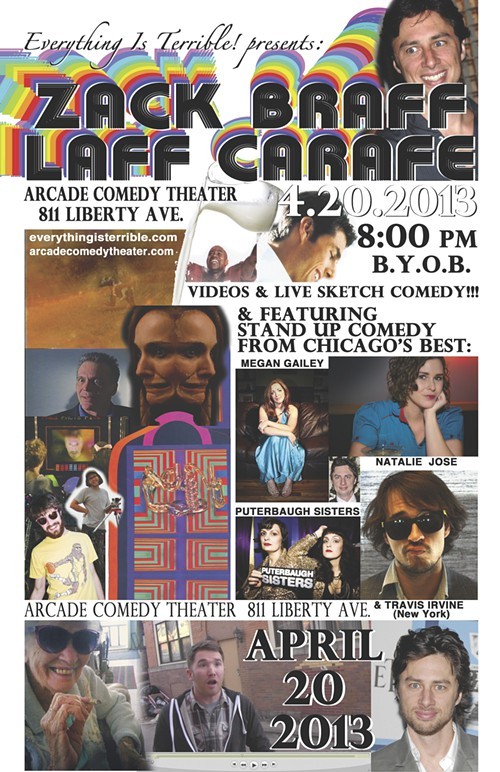 Despite what its name might suggest, Chicago-based visual art and comedy group Everything is Terrible wants to make you laugh.

This Saturday at Downtown's new Arcade Comedy Theater, the group brings its pop-culture inspired comedy show to Pittsburgh with the ironically titled Zack Braff Laff Carafe. (Mr. Braff will not be present.)

The show features video presentations and live sketch comedy from Chicago comedians Natalie Jose and Megan Gailey and the Puterbaugh Sisterz. The group will bring its blog’s quirky appropriation of not-too-distant pop-culture reference points to illuminate the idea behind their title. Everything may be terrible, but it doesn't mean it can’t be funny.