Pittsburgh author Matthew Newton is familiar with the reality of economic decline. Raised at the end of the steel age, Newton has a perspective on the world informed by the unpredictability of local economies.

In 2009, against a backdrop of nationwide economic uncertainty, Newton learned he’d lost his job as an editor of a nonprofit automotive magazine. The news came just as the author and his wife were contemplating a larger family, while vacationing in the Laurel Highlands. 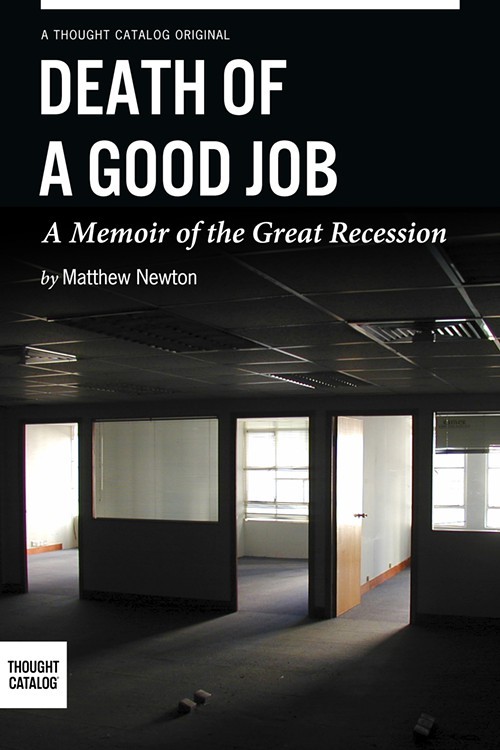 Newton, now 36, documents his troubles in a short eBook, available now via Thought Catalog, titled Death of a Good Job: A Memoir of the Great Recession.

“I think the title is a representation of all of the things surrounded by a good job: the idea of providing for a family that we’re sort of brought up with,” says Newton, who Founded the online journal Annals of Americus and whose work has been published by The Atlantic, Esquire, Forbes and others.

Much like a play, the 17-page book is divided into three parts, walking readers through the experience as through the stages of grief.

In Part 1, titled “Permanent Vacation,” Newton charts the emotions of an increasingly familiar American experience with a precision that comes only from having lived it. 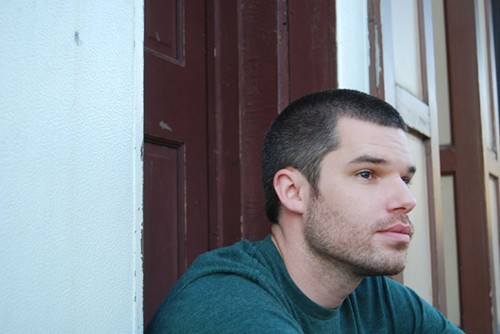 “This is really the first major economic crisis for many people, and so many have been out of work for so long,” Newton says.

Newton often recalls the feeling of worthlessness associated with being fired over the phone. From there, he rebuilds. Part II, “Burn it Down,” brings readers into the awkwardness of collecting personal goods from a former workplace, with Newton’s inner monologue describing his racing thoughts in those moments.

The digital book is being distributed through the popular blog Thought Catalog, which Newton once edited for. It is also available in the Amazon Kindle bookstore.

In a literary landscape nearly as uncertain as the 2009 job market, Newton finds the emerging digital market a perfect ground for innovative work. He draws a parallel between the growing popularity of eBooks and the independent music scene, the content in both cases being in the hands of its creators.

“No one really knows what to expect out of all this yet,” Newton says.

By publishing his relatively short work digitally, Newton seeks in essence to creatie a market for works that might be too long for a typical magazine feature but too short for a traditional print book.

“I really had a concentrated burst of information. The first few drafts were longer and definitely had more expletives, but the finished product just sort of fit in this format,” Newton says.

As for the “death” of Newton’s job, the writer is currently working as an editor for a nonprofit that publishes academic journals. He continues to contribute work to Thought Catalog and is working on a nonfiction collection that depicts life in the suburbs called No Place for Disgrace.

Much like Death of a Good Job, Newton’s current project is influenced by personal experience. He lives in the suburb of Churchill with his wife and two sons.

New Work from a Local Filmmaker: Ahab, a Re-telling of Moby Dick