Pittsburgh’s JazzLive has put together an outstanding schedule of jazz events that will lead into their annual JazzLive International Festival in June. The fun began in January, as they continue to host performances every Tuesday evening and night at the Backstage Bar and Cabaret at Theater Square in Pittsburgh’s Cultural District. Presented by BNY Mellon and the Pittsburgh Cultural Trust, they’ve enlisted a cast of locally and internationally praised jazz artists to set the stage ablaze.

In the first quarter of 2013, JazzLive has featured performances by many of Pittsburgh’s most prominent jazz artists — including drummer Roger Humphries, saxophonist Tony Campbell, and a remarkable Valentine’s Eve special that united the Sean Jones Quintet with singers Carolyn Perteete and Gregory Porter. As we welcome the month of April, we'll take heed to the jazz legends that are on the JazzLive schedule for Pittsburgh in the weeks ahead.

Beginning the month with a bang, the Lou Donaldson Quartet is set to perform two shows at the Cabaret on Tuesday, April 2, at 7:30 and 9:30 PM. Donaldson was one of Blue Note Records’ most active artists during the 1950’s and ‘60s as his funky-soul edge helped to define him as one of the sub-genres pioneering artists. Now 86 years old, some of his most memorable releases are 1958’s Blues Walk and 1970’s Everything I Play Is Funky.

Another noteworthy release was 1968’s Alligator Boogaloo. In addition to featuring fellow Blue Note Records artist Lonnie Smith on organ, the album featured Homestead, PA native George Benson on guitar. Still a relatively new player at the time, it was one of several major releases that helped catapult a then-24-year old Benson to the forefront of jazz music in the following years.

The performance by the Lou Donaldson Quartet is a rare treat, as his eccentric candor should make the concert an entertaining event for all ages. Information on tickets for this event and others forthcoming is available on the JazzLive website. 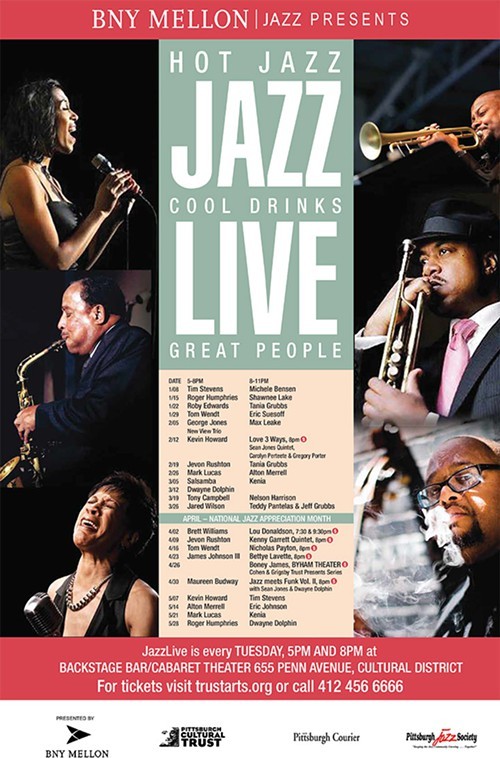