Another Pittsburgher Heads for Drag Super-Stardom 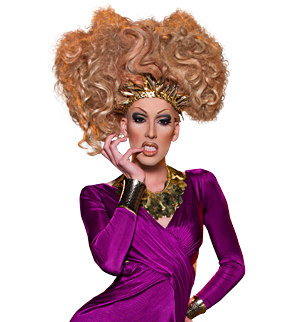 Tonight is the kick-off of Season 5 of RuPaul's Drag Race, on the Logo cable channel (10 p.m., with repeats during the week).

Among the 14 she-testants is Pittsburgh's own Alaska Thunderfuck, competing under her TV-friendly name of simply "Alaska."

Miss T. is the boyfriend of last season's much-discussed winner — and also Pittsburgh's own — Sharon Needles. (This isn't the first time Drag Race has pulled talent related to former contestants, though Alaska has dutifully tried out for all seasons.)

The shreiking, stomping and shading starts tonight. Time to root for another glittery triumph from the City of Champions.