The festival celebrating the centennial of the civil-rights icon, postponed in October because of Hurricane Sandy-related travel issues, opens tonight with a World AIDS Day Program at Heinz Chapel, on the Pitt campus.

The program begins at 8 p.m. and is sponsored by the Pitt Mens’ Study.

Rustin, a mentor of Dr. Martin Luther King, Jr.’s, was openly gay in the 1950s, at great personal risk. (More info about Rustin, in an earlier post, is here.) The festival, organized by local activist Deryck Tines, brings the community together to address the impact of homophobia, HIV and homelessless on gay black men.

The festival continues tomorrow with a Community Elders Roundtable (noon at Downtown’s Benedum Rehearsal Conference Room) and the 6:30 p.m. opening reception at the August Wilson Center for African American Culture. The free reception includes a screening of the documentary Brother Outsider: The Life of Bayard Rustin, and a drag performance by Kierra Darshell as Diana Ross.

Saturday’s events include the all-day UN-Masked Conference, at Pitt, and a 5-9 p.m. Town Hall on the role of the black church, hosted by radio personality Bev Smith, at the Hill District’s Ebenezer Baptist Church.

Sunday, the festival concludes with a concert headlined by gospel star Edwin Hawkins. That’s also at Ebenezer Baptist. Admission is a free-will offering.

For more information on the Rustin Centennial, call 412-983-8895 or email derycktinesgroup@yahoo.com. 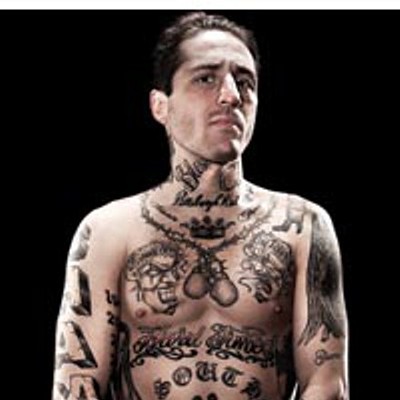 Dan Gilman is running for council -- one block at a time