On the Waterfront, at the Byham | Blogh

On the Waterfront, at the Byham 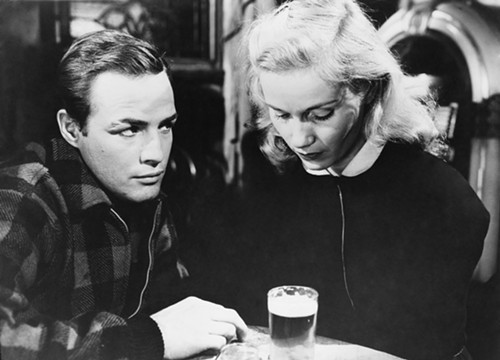 Here's your chance to see Elia Kazan's 1954 drama, On the Waterfront , on the big screen — for free. The Academy-Award-winning film is screening in Pittsburgh, on Tue., Nov. 13, as part of cable-channel TCM's Road to Hollywood Classic Film Festival. TCM host Ben Mankiewicz and Waterfront star Eva Marie Saint will introduce the film.

The film screens at the Byham Theater, at 7:30 p.m. Tue., Nov. 13. Tickets are free, but you must obtain one online at www.tcm.com/roadtohollywood.

ON THE WATERFRONT. Elia Kazan’s award-winning dark 1954 drama about standing up to the mob, corrupt unions and cooperating (or not) with a crime commission is often seen as thinly veiled justification for Kazan’s naming names for the HUAC anti-Communist hearings. Regardless, this gripping story of a washed-up boxer and errand-runner forced to confront his shaky ethics features a cluster of fine method actors including the young Marlon Brando, Karl Malden, Rod Steiger, Eva Marie Sait and Lee J. Cobb, and gritty location shooting at the New Jersey docks.

The Dead Can Vote