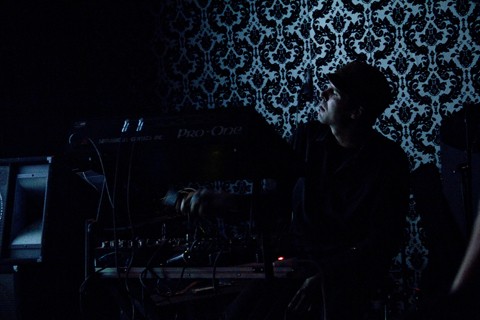 Producing one show is hard work; producing a week-long, citywide, multiple-venue festival is a mountain few have the strength to endure. It’s like an exacting science that balances expenditures with audience opinion, venue logistics and talent requirements. And in its third year, the people behind the VIA Music and New Media Festival proved that they've been doing their science homework.

Unlike previous years, VIA 2012 started on a Monday with art-centered activities — 3D Burns, presented at Fe Gallery, and Azimuth, a project by a group of CMU grad students. But really, no matter how interesting, the stand-alone visual stuff that’s not accompanied by audio tends to draw less of a crowd anyway. Somewhere in there is a truism that VIA is attempting to break down, but for the sake of this year’s festival, one could argue that Monday was just them getting their feet wet. Starting out with a whisper, if you will.

Tuesday night welcomed the LA-based songstress Julia Holter, whose sound falls somewhere between Fiona Apple and Zola Jesus. As one of the few female audio artists in the lineup, her being there was a statement in and of itself. She was accompanied by nothing more than a cello player and a drummer on a small kit, making the performance one of simplicity despite its electronic edge. But every song was like a full narrative, complete with drama, love and a little bit of tragedy. She carried a gothic tone to a classical realm and as it was all housed within the theater inside the Andy Warhol Museum, the entire evening just made perfect sense. She toed that fine line between otherwise opposing elements, much like how VIA itself examines the cross-thread of multiple sensory experiences. 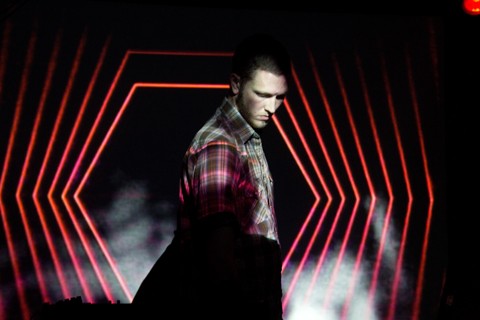 As Wednesday’s events approached, all VIA attendees were again sitting in a theater, now the tiny Melwood Cinema in North Oakland. For an early, very surreal celebration of Halloween, Demdike Stare rescored the soundtrack to “La Vampire Nue,” a 1970’s French film about a suicidal cult. This was one of the more interesting appropriations of VIA’s “music and new media” subtext as it was literal, historical, yet still avant-garde. It would take a really deep knowledge of Demdike Stare’s catalogue on Modern Love to know where exactly the film score ended and their music began. But in actuality, the duo literally used pieces of La Vampire Nue’s audio, channeled them through modern MIDI controllers while re-editing images from the film live. As this wasn’t just about the music, it kind of didn’t matter where the music was sourced from. In fact, it didn’t even matter if you liked music at all as the performance was about a twisted, sexy, suicidal tale of bizarre and epic proportions. The guys of Demdike Stare sat humbly in the pit and simply contributed to the narrative.

The spooky electronic eccentricities continued that evening at Brillobox where attendees got to experience the gamut of left-field, abrasive electronic-noise to hard-edged techno. Drainolith, followed by Nate Young, opened the evening’s performances of noisy barrage. While each artist fostered a packed crowd, the audience stood mostly still, peering through the smoke at whichever mad scientist was crouched over the galaxy of noise machines causing them to shrill and howl in 8-bit agony.

Nate Young’s roaring performance was followed by a slightly more palatable set from Three Legged Race who turned the Brillobox into the core of a turbulent, distant planet with his otherworldly, minimal techno. However, the crowd was returned from the vast unknown thanks to Andy Stott’s hard techno set. He offered up music that begged to be danced to. Actually, the techno was so hard it basically forced you to dance, which was cool ‘cause everyone secretly wanted to get to the dancing anyway.

Wednesday to Thursday was like a black & white cookie as Thursday offered a far brighter array of music. The night began with Slowpitch who played hip-hop that sounded pretty much as you imagine hip-hop from a guy called Slowpitch would sound. His warped layers of beats came in undulated peaks and valleys that had you anxious for more beats. In a trend-driven hip-hop world saturated with trap, his loose and thoughtful take on the genre was refreshing.

Two other artists of note for Thursday’s show at 6119 were Le1F and Girl Unit. Both are highly acclaimed for their skills and simultaneously fun as hell to hear live. Le1F is constantly being lauded as an incredibly talented gay rapper but, in all actuality, he doesn’t need the gay signifier in front of “rapper” for the statement to be true.

Girl Unit’s track selection was at once full of Night Slugs dubs and Pelican Fly favorites as the two buddy labels create the perfect party chemistry. The tracks were seeped in tropical flavors of bass, UK garage, smatterings of sexy 4-on-the-flour house and of course, everyone’s current fave (or the most overplayed), Nicki Minaj’s “Beez in the Trap.”

Girl Unit’s set made for a crowd-pleasing pump up that led perfectly into day five, which was VIA’s real test as they opened the doors to the repurposed PNC bank on Penn Ave. in East Liberty for the first slew of main acts. Tensions were high as a small but impatient crowd began to form outside of the venue. People were clearly just excited and the VIA crew held the doors for a bit to make sure everything was in line. Once opened, everyone began to file in and, while still chaotic, it was the good kind of chaotic.

One of the most memorable sets Friday was brought by SSION, a band that hails from Kansas City’s unexpected art scene. Their set was dance inducing and cheekily crass, making for one of, if not the biggest theatrical performances of the festival.

Another highlight was Chicago’s dons of juke and footwork, Spinn & Rashad, whose inclusion was kind of a statement unto the genre’s current resurgence. Earlier in the day they held a footwork workshop at the Shadow Lounge where they attempted to teach a group of teens and twenty-somethings how to move their feet at a frenetic pace worthy of a footwork battle. Their patience was endearing and everyone who attended at least left with the dribble step in their repertoire of dance moves, that one was easy.

Saturday was the day that most everyone was waiting for as Moodymann took the decks. Even for the people out there who don’t know much about anything when it comes to music, know about Moodymann and the extra bodies in the bank that night were a reflection of his stature. From the Beastie Boys to Omar S and everything in between, he played a crowd-pleasing set. As he had gone on after the acid techno driven deft of Gatekeeper, wrangling the whole crowd in with a few well-known tracks made it easy for him. He almost didn’t even have to try. 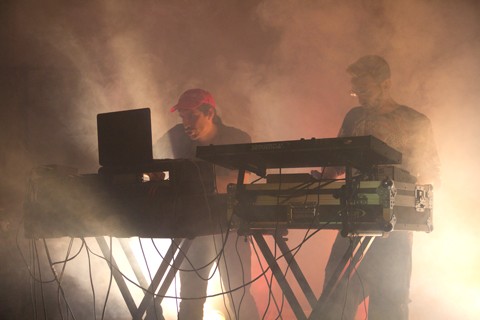 After the final main act, Nadastrom, the party relocated to 6119 where Lafdki — who wasn’t able to make his scheduled slot on Wednesday — opened for the 100% Silk team of Laurel Halo, Magic Touch, M. Geddes Gengras and Ital. The party was packed. It went until sometime past 4am. It led to high late-night sales for the Dominos next door. And everyone was inebriated to the point of calling it the best after-party ever, which may or may not have been true. It’s all legend at this point.

In the end, as noted by the description of the last after party, it seemed as if VIA really made changes for the better compared to last year’s fest. Having their own space at which to throw after parties was helpful but having the main acts inside was probably the biggest improvement. Remember Blondes performing outside in a day glow? Yeah, that was strange. But the renegade utilization of the soon-to-be destroyed bank on Penn was pretty cool and definitely ambitious.

While there were several improvements, frustrations still existed. One of the most detrimental for all ticket holders, or interested parties, was the lack of information flow. People may have explored the artists prior to the shows had they known far enough in advance who they would actually be; the same goes for show day set times. It was a tech driven festival whose website, of all things, wasn’t very good at doing its job.

However, most attendees are already anticipating next year’s event. And everyone had so much freaking fun, so we can all grant the little fest some leeway. They may have studied hard and done their homework but Pittsburgh’s still got a few more tests to throw their way.

Heads Up: Morning headlines for Oct. 16