Brooke Gladstone, co-host of NPR’s probing weekly show about the media itself, speaks at Carnegie Mellon on Monday. 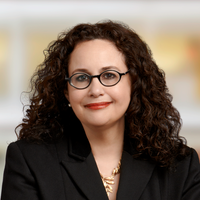 The free talk is titled “The Media Are a Force … But For What?”
From Gladstone’s online bio: “Gladstone is the recipient of two Peabody Awards, a National Press Club Award, an Overseas Press Club Award and several others. … She also is the author of The Influencing Machine (W.W. Norton), a media manifesto in graphic form, listed among the year’s top books by The New Yorker, Publisher’s Weekly, Kirkus Reviews and Library Journal, and among the ‘10 Masterpieces of Graphic Nonfiction’ by The Atlantic.”
On the Media is a magazine-style weekly media-review show.
Last week’s edition, for instance, covered: the dearth of women moderators at presidential debates; how scientists might be attempting to manipulate coverage of their work; Russia’s moves to expand the definition of high treason; terms of service in Internet agreements; and the origins of the emoticon. (The last of these is actually an interview with CMU computer-science professor Scott Fahlman.)
Gladstone speaks at 4:30 p.m., Mon., Oct. 8, in the Giant Eagle Auditorium of Baker Hall, on CMU’s campus, in Oakland.

Heads Up: Headlines for Oct. 5