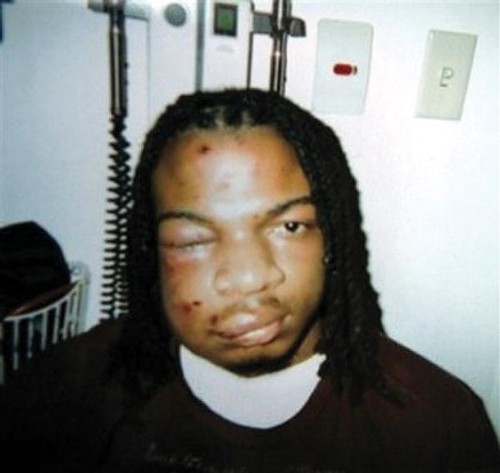 In light of questions arising out of the Jordan Miles civil lawsuit, the Pittsburgh Citizens Police Review Board will hold a public hearing at 5:30 p.m. to look into the policies and procedures surrounding the Pittsburgh City Police's undercover units known as “99 Cars.”

Miles was a senior at CAPA High School on January 12, 2010 when he was walking from his mother's home on Tioga Street to his grandmother's house to sleep at about 11 p.m. Miles says he was approached by a speeding, light-colored sedan and jumped by three men inside who demanded “guns, money, and drugs.” He was then severely beaten, arrested and charged with aggravated assault among other charges.

However, the three men were city police officers — David Sisak, Richard Ewing and Michael Saldutte. They were tasked with operating an undercover “99-car” in Homewood. They claim that Miles was skulking around the side of a home and they identified themselves as police officers (Miles denies that claim). They said Miles was acting suspiciously and had a bulge in his jacket. They claim he ran and when he was grabbed by the officers he delivered the first blow and was the aggressor.

Miles sued the officers and a trial was held in mid-July. After several weeks of testimony the jury deadlocked on charges that the officers used excessive force and false arrest. They found for the officers, however, on charges of malicious prosecution. Miles has asked for a second trial and no date has been set.

But in addition to the civil lawsuit, Miles also filed a complaint with the CPRB. The investigtion has been on hold pending the civil litigation and agency investigators sat in on Miles' trial daily. At Tuesday's regular meeting, the panel decided to hold Miles' case until the end of the second trial. A CPRB hearing into the Miles case could be extremely illuminating since the panel can subpoena witnesses to testify that the court disallowed. Particularly witnesses who would potentially speak to past actions of any of the three officers could be called to testify.

CPRB executive director Beth Pittinger said the hearing won't focus on the Miles case, but on the policies in general. The policies the board will examine include: The general purpose of the 99 cars; procedures for field contacts and investigative stops; personnel assignment criteria and “accountability mechanisms” for the units; personnel impact of plainclothes assignments vs. uniformed patrols; zone commander discretion vs. bureau-wide standards and the responsibilities of healthcare providers receiving injured persons involved in police altercations.

“I think these are general policy issues that need to be examined,” Pittinger told City Paper. “These questions didn't just arise in the Miles case, but the Miles case illuminated issues that already existed.”

The Miles case has caused some activists to wonder if the actions of the 99 cars — which are tasked to "proactively" patrol Pittsburgh's streets — were signalling the return of the city's "street response units," also known as “jump squads.” The units were dubbed "jump squads" because officers would drive around profiling young black men and then frisk them without cause.

Pittinger says she doesn't think the two units are the same thing, but she also wants to keep it that way.

“I don't think the 99 cars have become what the jump squads were,” Pittinger says. “But I think there are some policy and procedural issues that we need to look at to make sure that they don't go down that road.”