Jacques Greene plays tonight (May 17) at the Lawrenceville Moose with Edgar Um and the Humanaut DJs; here's a longer version of our interview with him from this week's paper. 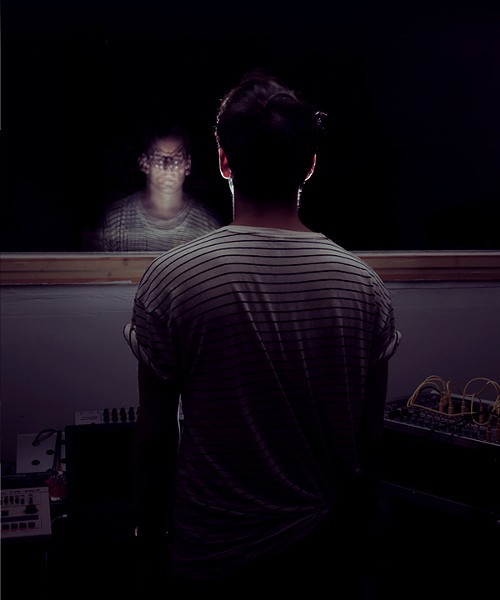 You have a unique way of blending R&B with house beats and tempos. I guess that’s not necessarily a new combo of sounds but your music does take it to unique places and I’m curious mostly in what you grew up listening to. What contributed to your sound most?

It was kind of a sweet spot of being right in the middle, in my early teens of my favorite albums being from Boards of Canada and stuff but also, the biggest track of my high school, as I remember it, is definitely “Pony” by Genuwine.

I think in my teens for a while, like everyone, I tried to kinda resist it. Ya know, where you go through this thing and you’re like, nooo, I hate pop music. I hate mainstream. But then a guy like Timbaland at that point, was doing stuff with drums that is just as interesting as a Warp record that was coming out back then. So you’re actually like, oh wait, there’s a lot of interesting stuff going on around here. When you start listening, it’s great.

How did you get into making club music?

It took me a really long time, actually. I always made music and I’ve always been kind of a hardware guy. What’s funny is that it was actually from buying a drum machine. I bought this one machine; I found it at this recycling center in the suburbs of where I lived. The guy thought it was a VCR or something so he let me have it for $60. It’s a great drum machine. It’s called the Roland TR-707 and if you’ve ever listened to an old house record, you’ve heard it. And it never really even occurred to me to make dance music until I got this machine. It was kinda weird, I turned it on and I was like, oh yeah, this feels right. Yeah, it’s weird, I guess it came from that.

Do you still work with that same piece of equipment?

I do, I do. It’s kinda stupid how, it’s quite a limited drum machine. Like, It’s not top-of-the-line. I mean, it’s a classic but it’s kind of a piece of junk at the same time. So whenever you hear the cowbell or the rimshot in any record you can spot it immediately. Which is a good and a bad thing, I guess.

I’ve got the 303, I’ve got the 808. They’re all a part of the studio but I mean, I think the 707 was more of a wake-up call to me than the others. It’s kind of a dangerous thing because you don’t want your music to be defined by a brand. Like, I look around my studio and I have an embarrassing amount of 80’s Roland equipment around me and I guess that’s a caveat. It’s definitely something you try to go for the warm feel of that kinda special air of synthesizers and drum machines and all that stuff. But at the same time I can’t let myself be defined by a company’s products. That’s kind of a downer to think about.

I think your music reaches such wide audiences at this point that there are people who don’t know what a Roland anything is. So, they hear your music and they hear YOUR music. They don’t hear, oh that sounds like…

That’s for the nerds.

If there’s anything I don’t do, I don’t make music for the nerds. I am one myself but I have no interest in making chin-scratching music, ever.

In a piece on XLR8R that touched on the philosophy of your record label you mentioned that part of what Vase strives for is music that is timeless. I know it’s kind of difficult to verbalize such a visceral thing, but what qualities make a song timeless?

I think its honesty. Beyond anything, you could make a track with the most of-the-time sounds and the production may age. There’s a lot of 80’s pop music that hasn’t aged that well because they were going big with the later drums. I find most Phil Collins and Peter Gabriel songs don’t sound very good nowadays. But the actual songwriting is still there.

I think there’s a certain quality in some music from all times that transcends time and space. That really transcends the limitations you have at your studio at that time. The sound of your record is something you don’t really control. I only have two drum machines so obviously my record is going to have these two. It’s partly going to be limited by that, that’s a good and a bad thing. But beyond that, I think what makes a track great as opposed to good, is the honesty behind it and obviously that’s such a hard thing to define. It’s even a hard thing to check up on. But I think it’s something you feel. You can kinda feel when someone’s being insincere and just doing pastiche.

I’m curious about that Azealia Banks video for 212. You seem to be a little bit elusive what with there being no trace of your real name on the internet and that eponymous image attached to the “Another Girl” track of your face being blurred out, did you not think that video would blow up like did?

That was really weird. She’s a friend and she asked me to come thru the video. I think the original was to do that kind of thing where there’s like, 50 cameos. More the idea of a bunch of people hangin’ out and not really about the specifics and I guess they only ended up shooting Lunice and I. I wasn’t really aware of it until I saw it pop up on the Internet later.

You once said in an interview – “I don’t want to become the Brick Squad Monopoly or Lil B of electronic music – I do think there is such a thing as too much output,”…“You’ve got to make people want something or at least I need to feel like I need to say something or put something out.”

How do you keep that outlook in a music world that is increasingly speed and quantity driven? The immediacy of blogs and the constant churn of output given away by artists must make it difficult to sit back and take your time on things.

Not really, ‘cause to me it’s almost the opposite. The faster everyone’s going, I feel like I should slow down more and more. There are a few artists, when you look at, say Joy Orbison, he hasn’t actually released that many records over the last 4 years. But whenever he does, you listen. If he released one a month, at some point you’re like, oh yeah whatever I missed October and June but whatever.

I put a lot of care and thought into what I do and what you do is, you put it out and you keep your fingers crossed and hope that at least a few people return that amount of respect and listen to it front-to-back at some point. I guess it’s the more things you put out the less you can expect people to really listen to your thing with care. Just care about it in general.

It’s the same with a fashion line. If there’s a designer like Raf Simmons who’s more concentrated and does a more concise line that you can actually look at and then there’s the big machine like Gucci who just releases 5,000 items every season five of them are good. It just becomes noise. I think you just get lost in the mix like jumping into the game of releasing a new DJ mix every two months and a free track on XLR8R every six weeks and doing remixes ten times a year. I dunno, maybe it’s because I don’t have enough different concepts like if I did that much I would repeat myself.

You just connected fashion and music. I’m actually really interested in the convergence between the two.

Me too, and it goes back to what we were saying about things being timeless. Fashion is arguably the least timeless thing in the universe. But there are certain lines through time that have transcended that. Look at mid '90s Raf Simons or Margiela. Look at late 80’s Comme des Garcons and that stuff will be groundbreaking and incredible forever.

Music has dictated fashion so much in the past and fashion is so much reliant on music for it’s presentation. There’s a really cool osmosis, this really cool kinship between the two worlds. I like that they’re both, ya know, you strive for timelessness but at the end of the day, you are making something that is throwaway. I buy a sweater but I only wear it for six months. And club tracks are the same way. Most of them, you get and you play it for a few months and then it’s on to the next one.

Have you ever thought about playing your music for a runway show?

Yes. All the time. That’s all I wanna do.

Is that something that hasn’t quite happened yet?

It almost did. For this season, it’s not one of the big, big, big guys. But it didn’t end up working out because of schedules. But hopefully by next season that’ll happen more.

I think it’ll work, and with this specific project we were even talking about making exclusive material for it. I love the idea of soundtracking stuff as well, but I can’t think of anything better to soundtrack than a runway show.

What is the weirdest place that you’ve played a live show?

This is crazy and I’ll remember it forever. I played in Bucharest in Romania last year and it was supposed to be in the Museum of Fine Arts I guess, which was already weird enough. That venue fell thru and so we get there and these two Romanian kids are like (in Eastern Euro accent), "I hope you don’t mind, you are playing old Soviet prison."

We go for dinner and drive up to the spot and it’s still got the huge walls outside of it and this huge gate slides open. We go in and it’s got this massive entrance, like this hall. And then we finally go to the jail sector of this thing and the jail cells were still there. The jail cells near the dance floor had different colored strobe lights inside them and a girl passed out in one of them. It was wild. And then basically they put a soundsystem in where, I believe, the cafeteria used to be. And at least 400 people, and I was the only guest and it was full and I played for over 2 hours. It was totally bizarre. I didn’t even know that I had a single person that listened to my music in Romania let alopne a full prison.

Wow, that is so weird. Weird is awesome though.

Free Admission at the Carnegie Tomorrow