This week’s Local Beat column is about jazz singer Spanky Wilson, who is performing at the Pittsburgh Vinyl Convention, Saturday, April 28 at Pittsburgh Filmmakers. Since all the cool stuff Wilson had to say couldn’t fit in a column, here’s a longer version of the conversation. 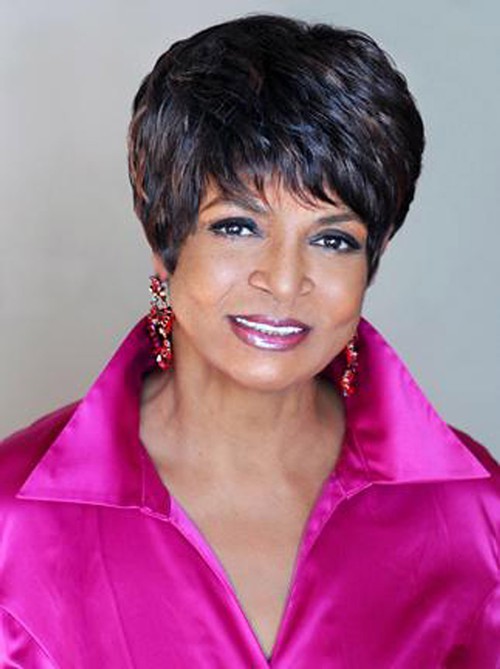 You have such a great name. Was it a nickname?
(Laughs) Well, actually, yeah. My father gave it to me when I was about three. I was a bad little kid. I liked the name so much and I really despised my real name, so I just took that, and the only thing my real name is on is my birth certificate.

So, you came back to Pittsburgh a couple years ago, and took a break from performing?

Oh, well, it wasn’t like a break, as I had just recovered from cancer. That’s the reason I came back to Pittsburgh, I had two operations and it was very serious. I have four children but two of them are here, and they have children, and I have great grandchildren. I thought maybe should come home, because you never know about cancer, it does what it wants to do. I’d been away so much traveling, I lived in Paris for 16 years, and I wanted my grandkids and my great grandkids to get to know me better. And if anything happened to me I’d be home.

I just had my last checkup and I’m cancer-free, so thank God for that. I just finished my treatment like two weeks before I came back here.

Can you tell me a bit about how you first got in to performing?

I’ve been singing as long as I can remember. My mother said I was singing before I could talk. My father played guitar and sang. He was always playing guitar, and my earliest memory was singing with my dad. So I knew what I wanted to be when I was three, I think. I sang in grade school. My first job here was singing with Stanley and Tommy Turrentine, then I stopped and had children and then I started back. I left here in 1967 with Jimmy McGriff, and that tour ended in California. That’s where I met the producer of my first album. I lived there until 1985, then I went to Paris to do a jazz festival and I ended up staying 16 years.

I read you were on Johnny Carson, and some other shows.

What have been some of the most memorable points in your career?

I think the most outstanding for me was when I went to Brazil in 1970. It was an international song festival, and I had just recorded a theme song for Lalo Schifrin. He happened to be on the committee that was judging the songs. Dionne Warwick was supposed to do a guest spot, and she couldn’t do it. For some reason Schifrin mentioned me to them, and I went there to take her place. In Pittsburgh I was used to singing in the corner bar. And I’d just been in California maybe a year, so I wasn’t used to big crowds. It was in a stadium that held two hundred thousand people. And I thought I was going to die. The thing about it was, when people didn’t like your performance they threw rolls of toilet paper in the air, and all you would see were these white things coming down. I was just standing there thinking “oh god, please lord, please, please let them like me” because my career would be over, I would be so embarrassed if they threw this toilet paper while I was singing. I was already scared out of my wits; I’m a beginner, basically, in this big showbiz thing. So it turns out that they all gave me a standing ovation, and I just stood there and cried.

That’s my most traumatic experience. And it ended up being wonderful. And I used to bite my fingernails something terrible, because I was always very nervous before I sang. And after that, I stopped biting my fingernails. After that I was no longer afraid to sing in front of people. I was definitely afraid [before], but I wanted to sing so badly that I said, “well this is just going to be a war,” and I didn’t know who was going to win. On Johnny Carson I thought I was going to faint, I was so scared, thinking of all the people who were watching.

You’re performing with Roger Humphries. Have you known each other for a while?

I think we both started around the same time. We were talking and I asked, “Have we ever worked together Roger?” and he said, “I don’t remember” He’s been my knight in shining armor, because a lot of people don’t know about me. Because I left so early, all my fans are very old, older than myself. It’s like a whole new group of people who have basically never heard of me. The people at the Fairmont hotel asked me “where are you from and where have you been?” And I said, I’m from Pittsburgh and I’ve been to a lot of places, but I left early and I never came back!

My records never got to London, or Europe. In Paris nobody had ever heard of me. There were a few record collectors who knew of me, but as far as the general public, they had never heard of me. I started from scratch there, and I just started getting one job after another. It was a resurgence of my career.
Jazz is a lot stronger in Europe than in the United States, though it’s shame to have to say that. I met so many record collectors. I didn’t even know record collectors existed when I was here. They’re serious about jazz over there. Coming from Pittsburgh was a big help to me. Everyone was impressed when you say you’re from Pittsburgh, because some great musicians came out of Pittsburgh. People in Paris and Europe are more hip to who came from Pittsburgh, because they’re collectors and they know their history. It’s like, it’s our music, but we don’t give it the attention that it should get. Like, when people live in Paris, they never go to the Eiffel Tower. We have this music and it came from us, but it’s never had the respect that it deserves.

Port Authority board approves transit cuts ... hopes to reverse itself