Three quick items for your perusal on this game-five Friday: 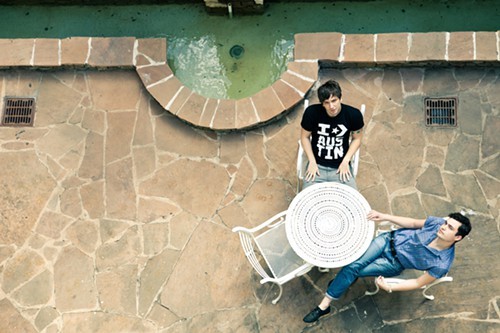 — We've written a few times in the past about locals 1,2,3, the indie-rock band on Frenchkiss. Well, their van is broken and they need a new one. And who are they hoping will help with that? You! Read Nic Snyder's impassioned plea on the band's Kickstarter page and just try to withhold your cash. Come on.

— The other day we showed you Donora's new vid; the band is currently the first featured album on a new website, albumcorner.com, wherein indie records are featured on the cheap. If you didn't already pick up the band's latest release, Boyfriends, Girlfriends, you can do so for just $5 there!