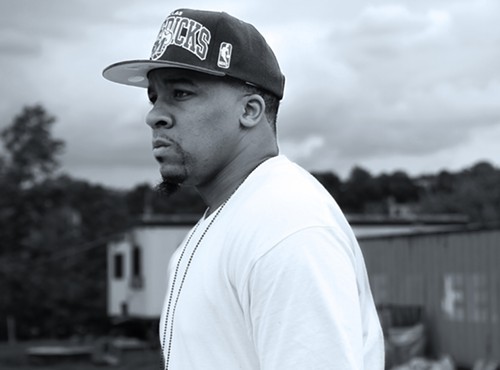 Everyone's been talking about middle fingers the past few days — but none more than Nick Pratt. It's serendipitous that the Fort Worth rapper, a Pitt grad who lived here for five years, dropped his latest mixtape, Middle Finger Music, the day after MIA's infamous(?) national-TV gesture. (I, for one, was more offended by the overwrought drama of the Clint Eastwood Dodge commercial, but I guess I'm different.)

There's a smattering of Pittsburgh talent on the mixtape: Nice Rec produces a track (the funny, then again thoughtful and introspective "All My Love") and Mac Miller guests on another ("Mac & Me," which starts out pretty hard, and eventually finds Mac rapping about Twinkies, ding dong ditch and Hennessy.) It's filled with smart lyricism and toes the line between informed, "conscious MC" hip hop and straight-up swagger. It's available to stream or download now at DJBooth.com: go here and check it out now. That's an order.

Op-ed: In Occupy Pittsburgh coverage, I think I smell a rat