Hill District leaders are crying foul over the City Planning Commission's decision earlier this week to designate the Lower Hill as "blighted," arguing that the neighborhood was never consulted before the decision, which will allow the Pittsburgh Penguins to receive public funding for their development of the 28-acre property.

On Tuesday, City Planning approved the Urban Redevelopment Authority's application seeking to designate the Lower Hill as blighted. Doing so allows the Penguins to benefit from tax subsidies that would help pay for roads, utilities and other infrastructure.

The hockey club, which owns the development rights to the land, has 10 years to develop the 28-acre property once the Civic Arena is demolished. But turning the swath of parking lots into a mix of commercial, retail and residential development isn't going to be easy. As the Pittsburgh Post-Gazette reported, the Steelers and Pirates have run into obstacles on the North Shore trying to develop much smaller portions of land around Heinz Field and PNC Park since those stadiums were erected.

The debate is just the latest difference between Hill District leaders and the team, who are wrangling over how to develop the 28 acres. While addressing City Council during a public meeting in the Hill District in May, Redwood fretted that the Penguins won't have to foot the bill for tearing down the arena or preparing the site for future development.

"Where is the community benefit in this deal?" asked Redwood, during that gathering whose group favored demolishing the arena. "The Penguins expect the public ... to pay for the demolition and the site prep and then turn the land over to them to collect all parking revenue and future revenue."

After making his comments to council, Redwood later told City Paper, "[Penguins President David] Morehouse came up to me … and said, 'Where I come from, when you get sucker-punched, you punch back.'"

Redwood says he's "not necessarily against the idea" of designating the Lower Hill as blighted. (The designation, which state law requires for tax subsidies, has been so widely used that it carries little stigma. Much of Downtown Pittsburgh has been declared blighted to facilitate development there.) But Redwood says he's miffed that neither the Pens nor city officials ever discussed the move with the neighborhood.

"We didn't know about it," says Redwood, noting that the Penguins haven't talked with Hill District leaders since his confrontation with Morehouse in May.

Neither Penguins nor URA spokespersons returned phone calls for comment. Officials from City Planning also could not be reached. 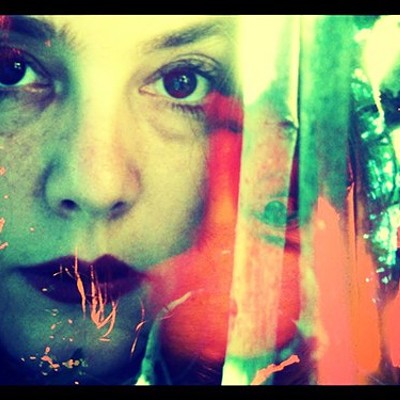 Video for your Friday: The Garment District