Do you long to defy the global economic elite, but find it hard to pull together bus fare so you can occupy Wall Street?

You may soon get your chance: A local event in solidarity with the NYC protest, "Occupy Pittsburgh," is slated for Oct. 15, though details are very much in flux. 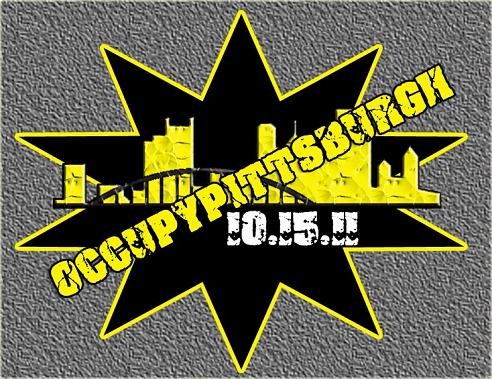 Organizers of Occupy Pittsburgh are planning an organizational meeting Wednesday night, from 6:30 to 8:30 at Shadyside's First Unitarian Church (605 Morewood Ave.) So far, the prospects for a demonstration in Pittsburgh have been discussed largely on the event's Facebook page, which as of this writing already has more than 2,300 "likes." (Does the movement have a Twitter account? It does.)

Organizers are proposing an unpermitted event to be held in Point State Park. And they have emphasized a desire to keep the event upbeat; the Facebook page urges that "there is no need for screaming ... or any other negative forms of communication ... [T]his is a NON VIOLENT communication." But for the moment, it isn't clear whether Pittsburgh will see a Wall Street style multi-day "occupation."

Nathaniel Glosser, who is acting as spokesman for the fledgling effort, says it appears to be attracting a much different crowd than the folks who've turned out for antiwar marches in the past. "Almost the only usual suspect is me," says Glosser, a longtime gun-control advocate. "It's attracting young people, old people -- a wide demographic. It's really exciting."

Some participants may be familiar, however. Among the Facebook commentators is Vincent Eirene, a longtime fixture of the local dissident scene. And the Service Employees International Union (SEIU) will be on hand for the Wednesday meeting, says Gabe Morgan, the union's political director for Western Pennsylvania. "Conceputally, we absolutely support" the effort, Morgan says, though the union is waiting to hear details on what, exactly, will be taking place. The Pittsburgh-based United Steelworkers, meanwhile, has already come out in support with the Wall Street protest.

Indeed, the big questions -- what tactics will be used? what will the message be? -- are ones Glosser can't answer. Such decisions "will be made by the assembly" that gathers Wednesday night.

Glosser did reiterate that any demonstration would be non-violent ("Personally, I would withdraw" otherwise, he says). And if participants choose to craft some sort of formal statement, he said, it would "probably be similar" to those being crafted by protesters in New York City.

"What really binds all this together," Glosser adds, "is the opposition to corporate greed that has made the superrich even richer, while leaving everyone else worse off."

As for whether organizers would seek permits, or decide to camp out at the foot of, say, One Mellon Center? That remains to be seen.

"This is an exercise in direct democracy," Glosser says.