Wexler is a graduate of Pitt’s Creative Nonfiction MFA program and a staff writer for Allure magazine. Living Large: From SUVs to Double Ds, Why Going Bigger Isn’t Always Going Better began as her her master’s thesis. It was published this week by St. Martin’s Press. Wexler, who reads at Joseph-Beth Booksellers on the South Side at 2 p.m. Sat., Oct. 30, recently spoke with CP.

What drew you to this topic?
I’m from the D.C. suburbs, and I had gone home on Christmas break once and it was like a completely different place than where I’d grown up. A lot of the houses had been bulldozed and McMansions were popping up. It seemed like in everyone’s driveways there were giant SUVs that never went off-road. And when we went out to eat it was to places like the Cheesecake Factory, where the plates were enough to feed five people. I started connecting some of these things in my mind: I think we know a lot about super-sizing with fast food, and how portion sizes are getting bigger, but I didn’t think we had looked at this systemically.

What was the biggest surprise you encountered in your research?
When I lived in Pittsburgh, I had an SUV, and I’d go shopping at the Waterfront when I was bored. I’d go not even looking for anything, I’d just go to Target and spend a couple hundred dollars. One of the things I was most surprised about was how detrimental it is to communities when big box stores like that go up. Even their parking lots, they’re covered in gas and oil from cars, and when it rains these huge sheets of runoff go off into the water.

And you have some idea that a lot of these products are being made abroad, not in the best conditions, but I think most people feel like it’s not really hurting the local community. But a lot of studies show that big-box stores don’t use local businesses. If they need fliers or banners made, the job goes to their national headquarters. Unemployment goes up when a Wal-Mart comes into town, voter participation goes down, activity in PTA groups goes down, and the infant mortality rate goes up. That kind of stuff was honestly shocking to me and made me change my behavior.

So is going big always bad?
I thought I’d come away from this research thinking that all of the ways we super-size are bad, but I don’t. Some of them I think are fairly harmless and quintessentially American. I’m one of those people who will always stop at the world’s largest whatever — those roadside attractions. I think some of the things like that are just fun Americana. Some others are a little more dangerous: American women on the whole get the largest breast implants of anyone in the world. Women who get breast implants have the highest suicide rate of people who get any kind of cosmetic surgery. There’s something much darker going on there — researchers have found a correlation, but not causation.

It’s not condemning living large, or saying we all have to drive a Prius and live in a shack in the woods made from reclaimed materials. But it’s a call to right-size. When I first heard that term I was repulsed; it’s like corporate jargon and a lot of times it’s used for layoffs. But the more I thought about it, the more I realized it’s the perfect word for what we need to do. We should take a look and see what "large" things are harmless and fun and which are dangerous to the community, economically, environmentally, and maybe scale back to the right size. 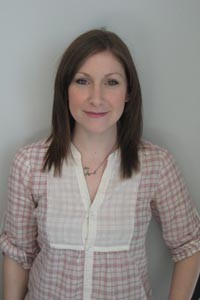