Miles to Go on Police Accountability

There's been a nightmarish familiarity about the allegations of police brutality against Jordan Miles, a CAPA honors sudent. I remember a cluster of similar allegations in the years leading up to a lawsuit and federal consent decree imposed on the city during the Murphy Administration.

And at a press conference outside Mayor Luke Ravenstahl's office this morning, many of the speakers were familiar too: folks like longtime activist Tim Stevens and ACORN's Maryellen Hayden were on hand. There was a lot of talk about Jonny Gammage -- whose 1995 death at the hands of suburban police took place before most of Miles' schoolmates were old enough to walk.

But dozens of Miles' friends and classmates were also in attendance. Demonstrating a bit of CAPA flair, several held signs reading "Police Brutes Ain't Cute" and "We need a new reality without police brutality." (Miles' supporters have also launched a Facebook page.)

"Police -- we're trying to trust you guys," said Nigel Ash, a sophomore at CAPA. But on the other hand, "If me and my two friends went down to Homewood [to find] someone who looks suspicious and beat them up, we would be in jail ... What's the difference?"

Other students in the crowd expressed similar misgivings. To a person, students described Miles as being "goofy," having a good sense of humor, and being incapable of doing anything that would warrant any sort of police attention. Meanwhile, doubts about the police seemed widespread.

Ryan Allen, a friend of Miles and a CAPA student who also lives in Homewood, told me that, while he's "always been skeptical about certain cops," the Miles beating has made him much less trusting. "I look at every cop different now," he said. "When I see an officer now, the first thing that comes to mind is, 'They're going to lock me up.'"

Another friend of Miles, Ariel Greer, also has some reason to doubt police. Officers have claimed they first approach Miles because he had something heavy in his coat -- something the police later identified as a bottle of Mountain Dew. Greer finds that hard to believe. "I drink Mountain Dew all the time," she said. "If he ever had any, he would have shared it with me." That's the sort of person Miles is, she said: "He doesn't have a record at school. He doesn't even swear."

Protesters are waiting to address city council as I type this, and they also plan to attend a meeting of the Citizen Police Review Board tonight. The Review Board, of course, was created in the wake of outrage over Gammage's death, and other concerns about police accountability. A decade later, those concerns are still very much in evidence.

During the press conference, community activist Paradise Gray addressed students directly -- by apologizing to them. "I'm so sorry that we have been so inept in getting justice," he told them. "We cannot get it done." But he reminded them that "Your lives are the ones on the line ... Stand up for yourselves: Some of us got your back." 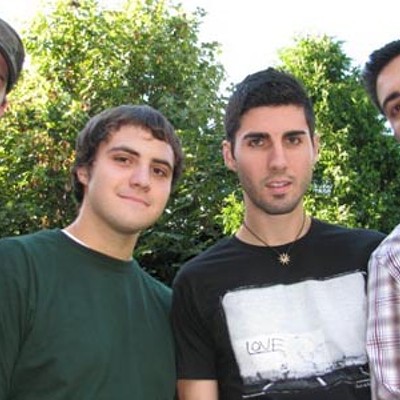