Last night, at what was billed as the venerable IPF's last go-round, I sat with Michael Simms. The Autumn House Press chief kept calling it "the end of an era," and the phrase sounded appropriate.

IPF founder and director Sam Hazo had announced in February that this season would be the group's last, making it Pittsburgh's first established arts group to fall victim to the funding climate.

The IPF was completing its 43rd season -- which makes it older, for instance, than any independent theater company in town. Older than the Mattress Factory. Older than Pittsburgh Filmmakers. Not older than the Carnegie Library (whose lecture hall IPF inhabits), but you get the point.

W.H. Auden read here, for crying out loud, in December 1969. (I'm surely missing some big names, because the IPF's Web archive, thepoetryforum.org, while it contains wonderful sound clips, isn't quite complete). In just the past few years there, I've seen Wilbur, Merwin and New Yorker poetry editor Paul Muldoon, among others. Nor did the series ignore younger poets, like Martin Espada, Mary Karr and soldier-poet Brian Turner. And it made room for such locals as Lynn Emmanuel and Terrance Hayes.

But last night the courtly, Hazo, 81, didn't dwell unduly on the past, so there's no point doing so here. As always, the Forum's Lecture Hall stage was formally set. The plaque for the group's Charity Randall Award, to be given to Zagajewski, was perched at stage right, upon a little table covered with a cloth. On the stage wall hung the big, old-school IPF medallion, with its dancing piper and goat. Hazo took the stage, and after a long ovation merely said that "barring some unforeseen act of generosity," this would be it. Then he introduced the poet: "Welcome to Mr. Zagajewski's living room, where he will share some poems with you like cocktails."

Zagajewski writes in his native Polish, and reads his poems in translation, low-keyed and dry-humored yet moving: "Sometimes I envy the dead poets … Their doubts vanish with them / Their raptures lives," went one newer, unpublished piece. Another was inspired by Malcolm Lowry's novel Under the Volcano: "'You should heal yourself,' I thought," Zagajewski read, addressing the book's alcoholic protaganist. "I'd become a Philistine."

Some nice images: "A plane ascended from the runway like an earnest student who believes the ancient masters'sayings." Another poem described "white cars clean as a bureaucrats' conscience." Zagajewski, whose family fled Poland when he was an infant, in advance of a Soviet takeover, read one about "Old Marx": "He still had faith in his fanstastic vision. In moments of doubt he worried he had given the world a new version of despair."

The reading reminded one that the Forum is one place in town where a significant portion of the crowd will get a pun in French (which the poet attributed to his wife).

The turnout, if less than you might expect for "the end of an era," was a little higher than usual, about 200. It was a little smaller than the crowd when Hazo himself headined in February (though attendance at that reading was likely boosted by Hazo's private announcement, ahead of time, of the Forum's demise).

Hazo's opening remarks, no less than Bob Hoover's feature on the Forum in last Sunday's Post-Gazette, left open the possibility that the series might continue, if in a different form, should Hazo find funding. If not, Zagajewski's final poem, one from his "self-portrait" series, included the appropriately elegiac line, "every morning opens a shining new chapter and can't finish it."

Hazo's parting words sounded a bit more hopeful. He praised Zagajewski for "the tone of absolute acceptance you hear in every poem." And then he quoted Antonio Machado, the Spanish poet Zagajewski had referenced earlier: "Wayfarer, there is no road. You make up the road as you go." 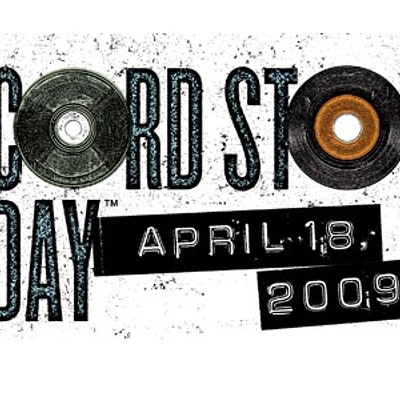