VH-1 struck ratings gold a couple years back with its Behind the Music series, mini "documentaries" that told the ever-popular rags-to-riches-to-rehab-to-rebound dramas of various rock stars.

Let's be honest: Folks tune in for the train-wreck footage of wasted musicians collapsing on stage, or the lurid tales of their guitar heroes vis-à-vis sex, drugs, booze, fast cars, hotel rooms and cash.

But the Behind the Music tales are told in retrospect, often after said (once-) hugely popular band is now a nostalgic memory. Some bright mind must have thought: How can we get a few present-day train-wrecks on tape? And, by the way, look at the success of A&E's Intervention, the reality show that tracks ordinary folks during their final out-of-control days before rehab.

And so last year, VH-1 coughed up Celebrity Rehab With Dr. Drew. (Dr. Drew Pinksy has straddled pop culture and medicine since the 1980s when he began hosting a sex-advice show on Los Angeles radio; later, his "Loveline" was nationally syndicated.) Simple premise: Collect some boozy/druggie celebs, put them in a camera-ready treatment facility and film the six-week "process."

It's prurient to be sure, with a mitigating whiff of public-service message about it. (Kids: don't do drugs. If you must do drugs, don't do this many. If you do do this many, go to rehab. When you're in rehab, take it seriously. If you mess up rehab, come back.)

As real as these problems are -- both in general and for the show's participants -- this is a problematic "reality" show both in practice and in intended effect. Sure, "Dr. Drew" is really a doctor, but "celebrity" and rehab" are both up for debate.

Naturally, no A-lister, or even B-lister, nor their management, would be foolish enough to do "public" rehab; the stigma is all-too real. But is it fair to categorize Dr. Drew's hodge-podge of the needy as "celebrities"? People you may just recall if you're over 40 (long-faded actors such as Jeff Conaway and Gary Busey); people you may just barely know if you're under 20 (American Idol contestants); aging model-starlets-arm candy who were never really stars; that guy from that band, but not the famous one; fringe sports figures; and so on.

To my untrained eye, a lot of these folks seem to have a lot of their problems linked to their open desire for fame and attention, even if they don't particularly warrant it. Thus, referring to these people as "celebrities," which occurs endlessly and without irony during this show, would seem to only reinforce one key issue, which is acknowledging that the "celebrity" experience as different. Here, the state of celebrity for the addicts is presented as mitigating, or burdensome, or toxic, or whatever; the fact is it's assumed that "celebrity" bestows a special sort of status.

If we buy into the therapy-speak on this show -- the exhortations for the participants to confront the reality of who they really are -- it would seem to be that getting a lot of these folks to see that they are in fact NOT celebrities would be a great first step.

Season two, which is running now, has added two new classifications of "celebrity": son-of (Rod Stewart's kid is in the house) and "known by circumstance." Children of celebrities probably do live in some special kind of hell, but fame-by-association is a stretch to "celebrity."

And tossed in the mix this season is Rodney King -- a regular citizen (in)famous for his beating-by-cops that eventually proved a trigger for the 1992 riots in L.A. King's psychic burden must be great, and based on the little he has shared, he seems a sad figure. But, he never pursued his notoriety and this fact makes his presence amongst the video vixens, celebu-spawn party boys and clapped-out musicians jarring. Having unwanted fame thrust upon you is an entirely different animal from nakedly chasing "celebrity," and King's inclusion mostly serves as an awkward reminder that plenty of folks have very real problems beyond cellulite or poor record sales. And what hope for them without the validation of "celebrity"?

It's also this desire for attention makes us question "rehab," or more correctly, "rehab while the cameras run." It's hard for me to separate "performers" (and I include Dr. Drew here, too) from the act of performing, from the consciousness of "doing rehab" while cameras capture the "truth." The presence of cameras does affect how people behave -- folks do play to the camera, especially those whose job that is to do so -- and thus, it's hard to invest in the reputed "recovery process."

When the process of rehab is part of the narrative drama -- who can forget last season's running soap opera between Conaway and his crazy girlfriend? The Baldwin brother stomp-off? -- how does a reasonably informed viewer separate reality from "TV reality"?

There is nothing entertaining about addiction, but the show openly seeks to entertain -- by pimping out "celebrities," by creating story arcs, by running teasers filled with tears, tantrums and inappropriate behavior. (I can't lie: That's why I watch, and so, I'm sure, does everybody else.)

Of course, Dr. Drew is stern, issuing plenty of in-show reminders about the perils of addiction, as well as a running a bumper listing a number to call if viewers want to seek help. This is intended to keep Celebrity Rehab in the "serious and sober" column: See, it's about help, knowledge -- a warning for wannabes and an affirmation of recovery.

But really, doesn't context matter? This is a "reality" show (no viewer in 2008 wholly buys into the truth of reality TV) on a network that openly celebrates celebrity bad behavior.

VH-1 primed Season 2 of Rehab by re-running a recent four-hour docu series called The Drug Years, which, while newsy, made a lot of drug-taking look like fun, fun, fun.

Remember Behind the Music? Those clips of debauchery remind us more of how we do celebrate such behavior far more than we condemn it. "Rock and roll all night? Party every day?" Dude, that would so totally be awesome! 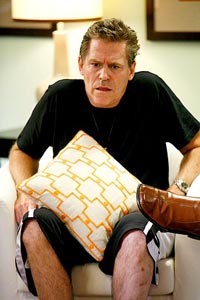